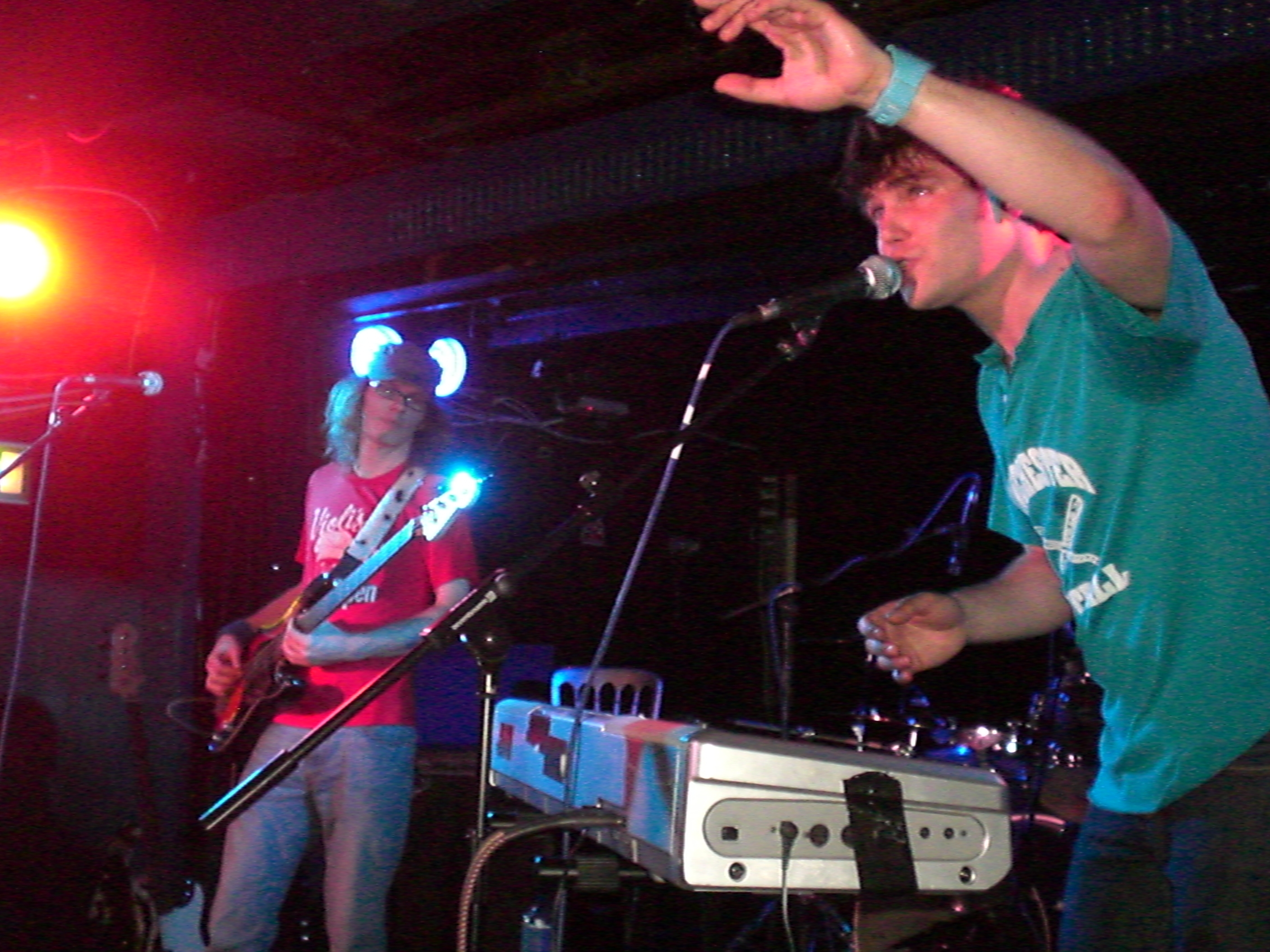 The Soho revue bar unforgivably has too much seating, tiered booths that raise up to the bar, so early comers grab a table and venture nowhere near the stage as Rosie Oddie steps up as first act on the bill. Her style is a mish-mash of cultures and influences, a bluesy songstress that slips into Mike Skinner style storytelling and street slang, it feels a shame that the mainstream has already embraced Lily Allen and Kate Nash as Rosie Oddie will surely suffer through comparisons.

Next up are The Wallbirds with their deep southern style and country tinged songs, as the venue slowly fills and punters begin getting closer to where the action is, their rootsy bluegrass sound only falters when between song banter is delivered in an English accent, but this is a band that don’t let minor details like that get in their way, nor do they let broken strings nor wobbling stage bother them as the band soldier on through it all, the highlight is the bizarre choice of percussion when the drum is abandoned and the band stamp their feet, clap their hands and the drum sticks and snare are used independently of the drum kit and each other.

When Scouting For Girls take to the stage the venue has filled to capacity, over time this band have built up a dedicated ‘wolfcub’ following that seem to know the band intimately and simply being here to review the gig I feel like an intruder, though I shouldn’t because the primetime airplay of latest single ‘It’s not about you’ has brought with it new additions to their audience. The polite crowd welcome the band onstage like old friends, sing along with the words they know and listen intently to those that they don’t.

The subject matter on display is hardly groundbreaking, songs about the lack of job satisfaction, unrequited love, Elvis, wanting to be James bond and, erm… fancying Michaela Straken, ok, maybe not all of these have been tackled before and even those that have are handled with an honesty and openness that it sidesteps cliché. The trio’s lack of guitar isn’t something that strikes you straight away when listening to their recordings but the onstage set up of keys, bass and drums is far from Keane-like and provides a refreshingly different sound, the plinky plonky piano keys could easily grate with time but the short and sweet set doesn’t allow the idea to drag out or feel long-winded.

Tonight’s gig feels quite personal, the band share jokes with the crowd and appear to be positively beaming that they get to pay to a roomful of people willing to listen, it becomes impossible not to ride this wave of enthusiasm with them, I find myself completely taken in by the end of the set and feel like something of a convert, joining those who already follow.

How their sound and their stage presence will translate to larger crowds remains to be seen as word of mouth spreads and interest in Scouting For Girls grows, but right now, playing in a small Soho club, they feel like our little secret.