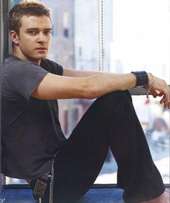 With more ‘chas’ ‘psts’ and ‘ughs’ than the average Micheal Jackson song, Lovestoned could, perhaps rather cruelly, be likened to the opening credits of Rolf Harris’s Cartoon Club.

There is a lot to be said for Justin Timberlake however. He can walk the walk but usually doesn’t feel the need to talk the talk. And at the risk of losing credibility with cliquey music fashionistas everywhere, he has made some fantastic records and possesses a brilliant Jacksonesque voice which reminds me of the times that I would jump around the living room repeatedly asking my mum ‘Who’s Bad?’. ‘You’re 28’ she would often counter, ‘get off the damn sofa you buffoon.’

Indeed, where Robbie Williams and other such useless popstars seem content to be the man in the mirror, Timberlake has at least sporadically penned some thrillers and continues to associate himself with esteemed artists and producers whose music credibility extends to all that they touch.

I’m not going to say that this is one such thriller cos it ain’t by a long stretch. It’s a functional and tightly produced in a Missy Elliot sort of way, by Il Fenomeno, Timbalaand. The song chugs along and doesn’t annoy in any way but it hasn’t got the killer instinct or resonance of some of the material from his first album. With the resources available to him, one might expect a little more.

There’s no reason for Lovestoned not to reach dancefloors across the country but it won’t be a track that you will leave the club singing.