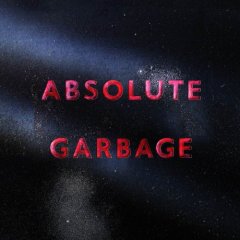 Gone are the days when ‘best of’ albums were solely the domain of the most popular artists. Now it appears as though anyone can release such an album, regardless of whether they have sufficient material to give it any credibility.

Garbage are a case in point. The Scottish-American quartet had limited success in the UK, with a handful of inexplicably successful singles in the mid to late 1990s, but only diehard fans are likely to even remember many of the tracks on Absolute Garbage, let alone like them. While Stupid Girl is memorable if only for its overproduction and a chorus lacking in any substance, most listeners would be hard-pressed to name another Garbage release.

Other ‘highlights’, for anyone who cares enough about the band to have continued reading up to this point, include Queer (‘the queerest of the queer…’ remember that? Thought not) and by far the most forgettable Bond theme of recent years The World Is Not Enough.
Lifeless tracks with lazy and underwhelming hooks are the characteristics normally associated with manufactured pop groups a la Girls Aloud. It is depressing, therefore, when such features dominate the music of a band featuring someone as talented as Nevermind producer Butch Vig. It might seem like a cliché to call their music garbage, but this would not be as clichéd as their characterless vapid offerings