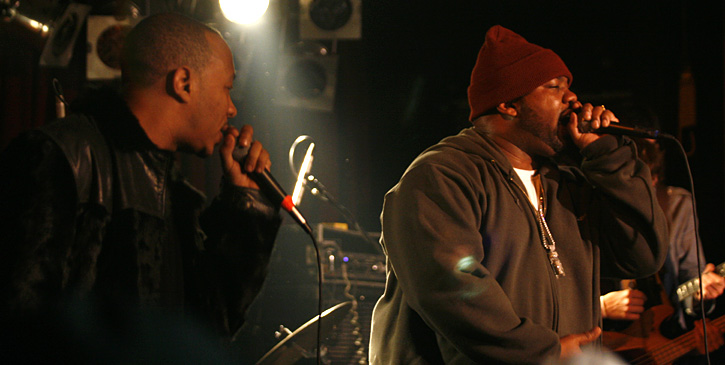 We sent Bertan Budak down to one of the hottest establishments in town to catch a bit of flavour from the Wu Tang fall out after their show at Hammersmith Apollo. This is what Bertan thought of the place.

Usually going to a club without knowing how I’m getting home afterwards is a big no-no; but partying with a swarm of killer bees, otherwise known as the Wu Tang Clan, was an opportunity not to be missed.

This was the first UK party thrown by Calvin Ayre (self-made billionaire and founder of Bogdog entertainment), an exclusive one off to celebrate the return of notorious hip hop moguls, the Wu Tang Clan. After a heavy performance at London’s Hammersmith Apollo, the last eight remaining members (Ghostface Killah, GZA, Inspectah Deck, Masta Killa, Method Man, Raekwon, RZA and U-God) headed down to Club Amika with only one thing in mind; to get wildly pissed on the abundant supply of complimentary drinks whilst dancing away to some serious funky house, dance and R&B classics.

Having undergone a whopping £1million refurbishment, the Kensington venue boasts a home cinema and both a cocktail and Champaign lounge whilst donning a sexy sleek modern look. Sure, Club Amika exceeds expectations décor wise but does it offer the ultimate clubbing experience? Well yes and no!

Since going from pub to club a few years back, Amika has attracted a wide range of celebrity and royal guests, from Bob Sinclair to Princess Beatrice. The constant attendance of high class celebrities may have added to Amika’s snobbery as the doormen were very rude (erg,, which guest list are you on?) and picky about whom they let in. However, the politeness of the bar staff made up for what the bouncers lacked, communication skills.

Music wise, the ear candy was pretty standard fare, with funky house slowly easing into dance as the night progressed. In the main room, the DJs provided guests with floor fillers including remixes to Pryda’s Rymd, Pig and Dan’s Touch and Ozgur Can’s 84 Shots whilst members of The Wu Tang Clan socialised well with guests.

Ok, so Amika is glam inside and the decor’s pretty but really, how seduced are you by leather sofas and a shiny floor? If customer relations is on top of your clubbing list and you have a celebrity exterior about you, Club Amika should be stayed well clear of. But hey; if you’ve got a pair of Posh Spice sunglasses, you can always try and blag your way in.