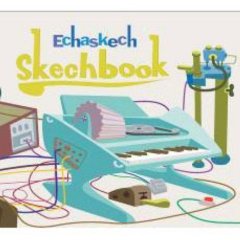 All smug and cosy in your local wine bar? Sweaty arse nicely cushioned by the faux tan leather couch and needs met by the even more faux bar staff? (also the same tan colour as the couch).

You actually needn’t have come out tonight – yes the music will undoubtedly be the soundtrack to many a high-brow drunken, sodden executive suit-ridden night out, but aside from the accompaniment to your pint and grope down the posh local, there’s very little to recommend this chill room extravaganza.

No doubt you’ll be hearing loads of this in Ibiza, along with the usual “pleez, don’t pook in za Gardenias!”

But don’t expect miracles from this album (and in case you were wondering; Gardenias do quite nicely on vomit than you very much!)

Track 4 begins with an intriguing take on a phobia of water, but despite a tight mix, it comes off as a very second rate Groove Armada – now say what you like – those boys can write a hit.

The one thing lacking here is continuation – yes the music is good, and the mixes are well handled, but it would have benefited from a single idea.

But at the end of the day does anyone really give a shit?

The Ibizan crowd may, but you probably won’t.

Would certainly beat the rainy blues!