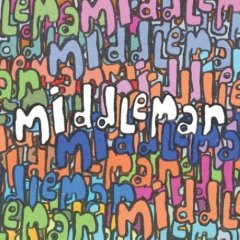 Probably the funkiest chorus of the summer, Middleman graces us with his ever so thoughtful attitude by releasing Blah Blah Blah.

With a sound reminiscent of GLC but with new, fresh wit, Middleman airs what most of us feel on a daily basis. Whether it be your nagging mum, your extremely annoying boss or a flaming double-glazing salesman who is boring you to death, Middleman puts our recurring thoughts to a grinding, up-lifting, catchy beat.

Fair enough Blah Blah Blah is a bit of a well…lazy title but hey it fits!

Blah Blah Blah is a song a six year old probably could have written but sometimes the most simple and obvious lyrics can turn out to be the best of songs.