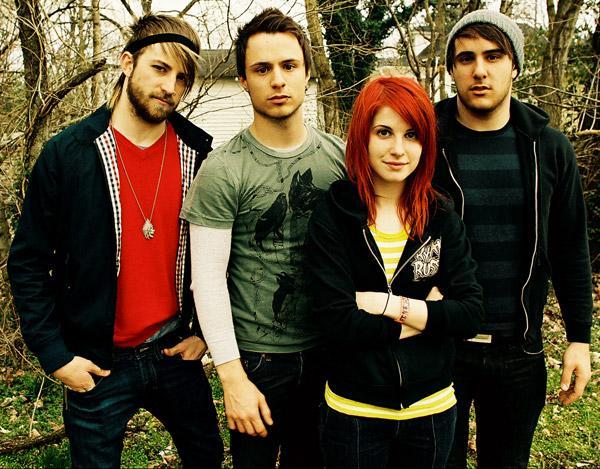 “Riot”, marks the second full length release from young Tennessee rockers Paramore, on the Fuelled by Ramen label.
Paramore first came into the spotlight in 2001 introducing there take on Pop/Rock, with releases such as “All we know is falling”. Since then Paramore have gained a loyal following.
More recently Paramore have been splashed over the pages of Kerrang, and heavily featured on music channels such as Scuzz, raising their profile in the UK and Europe.

“Riot “itself is a well produced album, which comes across very slick and tight in its short length of just 38 minutes. Without any doubt the presence of Hayley Williams on lead vocals adds a strong dynamic to Paramores sound. Hayleys voice has a strong gutsy feel to it, sounding well ahead of her own years. The album focuses predominantly on the ups and downs of teenage relationships. Such songs like “When it rains” could easily be used on American teen dramas such as the OC and Dawson Creek. Despite the trashy teen lyrics, there are clear tracks which stand out, such as “Hallelujah” and Misery Business”, which you can not help but like.

“Riot” clearly is full of hits and is certainly an album which will grow on you, after a few listens. The lyrics aren’t great but there certainly are a few well produced hits on there, which will ensure their own success in the Pop/Rock world.