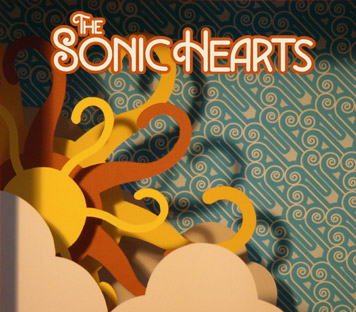 The Sonic Hearts – Hold On

Liverpool darlings The Sonic Hearts release their first single through EMI and its a sure fire poptastic hit. Butler and co. have crafted the formula for a great summer song, but with a release date as far back as Christmas expect this to be all over the place before it hits the shelves of the record store.

‘Hold On’ is a rather sweet and jolly sounding little ditty, with all the usual combinations of vocals, drums, guitars, bass and keys

Lead singer, Shaun Butler has an interesting voice, alike that of Luke Pritchard yet without the lovable yet unnecessary mispronunciations and indie-Elvis-wannabe twang.

This song is no different to a lot of other bands out there, namely The Kooks, but it doesn’t mean it can’t be a great debut from another band synonymous with a sound Liverpool can’t away from and seemingly can’t get enough of.

Hold On has ‘instant hit’ written all over it.