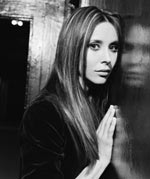 British-born singer-songwriter, Nerina Pallot is back with this summer single, ‘Peg’. Famed for her 2006 hit track ‘Everybody’s Gone to War’ and bevy of singles from her second album Fires, ‘Peg’ is shining star of a single which plays like a funky-pop dream.

Produced by none other than Richard X, we hear her angelic delicate piano pop sound that we loved on ‘Sophia’ taken up a notch in dynamics and even genre. I strongly recommend you to listen hard, as the production on this is obviously going to be second to none.

There’s a Jem-esqe innocence that has you smiling in seconds. With summer beauty written intrinsically all over it, put this on while the sun is out or even if it isn’t!