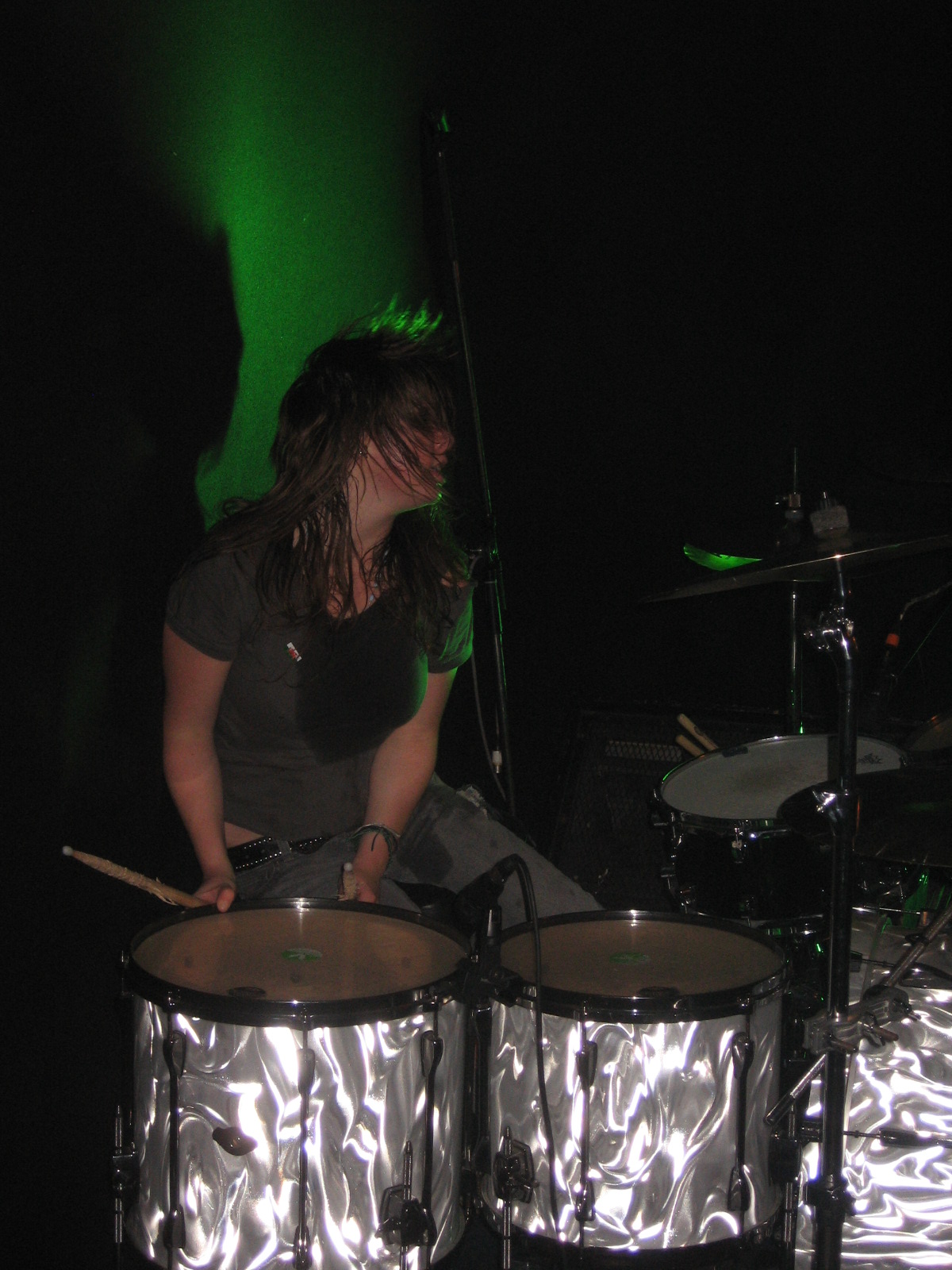 THE TOMMYS – THE OLD SWAN, WREXHAM

The Old Swan pub in Wrexham has an outdoor stage in its courtyard, which should at this time of year provide a treat for the ears, with the long balmy evenings of the summer at their peak. But sadly the UK has turned into a combination of Siberia fused with the Amazonian rain forest and what you have is a bleak and miserable night in North Wales. Tonight it’s the turn of Crewe based all girl four piece The Tommys to win some fans and provide some good old fashioned rock and roll.

They get on stage about an hour late which in this weather is a total annoyance to say the least and as they kick in you get the impression that they are very much still a work in progress. One must always take into consideration the truly awful venue that seems to have the worst sound system in the world. Saying that a band like The Tommys must be one thing if they are ever to proceed and that is to be as tight as fish is arse but sadly they are far from that to say the least. But as they say every cloud has a silver lining and this gig is no exception and it came in the shape of drummer Fran Robinson who is quite simply sublime. From the first second of the first song she pounded the absolute shit out of her kit and shone like the roughest of rough diamonds, who will one day achieve rock greatness, no doubt. To say that she was impressive truly understates my reaction as my jaw hit the floor watching her absolute commitment to drumming and how everything she did came from deep inside her soul.

The Tommys have a long way to go to say the least but with a packed Euro schedule they will have plenty of opportunity to become tighter than their performance tonight. That being said it was worth going just to see Robinson destroy the drum kit like very few would be capable of. She looks fantastic and has music and drumming buried deep within her innards and simply smacks of commitment and absolute authenticity in all that she does. Can the others catch up with her? It seems somewhat unlikely on tonight’s evidence but I look forward to seeing where Fran Robinson ultimately ends up, if there is any justice it will be somewhere near the top of her profession. If ever the Muppets make a comeback and they need somebody to do the drum parts of Animal, look no further than this Ms Robinson.