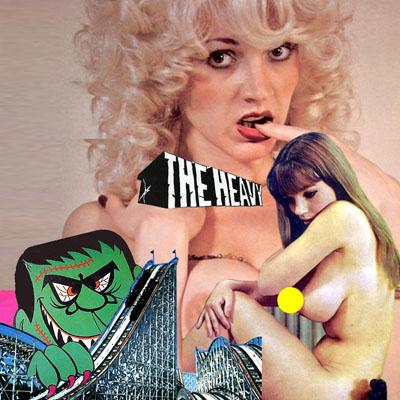 THE HEAVY – That Kind of Man

The Heavy are onto something. The trumpets, drums, guitar, bass, every single instrument seems to be thrown into this explosion of funk, blues and rock. Picture the Sony Bravia adverts with the paint or the bouncy balls, that’s the best visual representation of The Heavy’s music I can think of.

Seeing bands like Gossip bringing back funky sounds into the popular music charts, The Heavy are going to follow. The cool, soft vocals from Swaby makes me picture a guy in sunglasses, sat in the corner of a club who knows everyone, and can get anything you want.

A band I’d like to know, a band that can smooth talk (or sing) their way out of anything. ‘Cool’ is a word thrown about these days, but if you want to find The Heavy – just go look under ‘cool’ in the dictionary.

The Heavy seem to mix sounds right back from soul in the 1970’s to popular R’n’B right now in today’s charts. Fans of the heavy will be fans of stars such as Kanye West, Gnarls Barkley or even the Shaft theme tune. I recommend this band to anyone who has a stereo, anyone with the internet, and anyone with the iPod, and that’s virtually everyone.