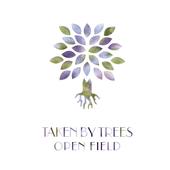 Taken By Trees – Lost And Found

Ah…Victoria Bergsman (VB)! For me, that says it all. I’m guessing you guys are gonna need a little more than that to open your hearts to this magical lady, formerly of The Concretes, and her new solo project Taken by Trees (TBT). ‘Lost and Found’ is her debut three track teaser, a subtly whispered understatement that rightly yearns to be heard. The title track, which coincidentally, wasn’t even written by VB, allures the listener to focus, as it induces the accommodating silence necessary to fully appreciate the delicate buoyancy and charm of this soft and seductive offering. Fellow Swedes Bjorn Yttling and John Eriksson (Peter, Bjorn & John) who had a mini hit recently with VB at the vocal helm with ‘Young Folks’, have admirably tuned into her psyche and together, produced music that is as enchanting and warm as it is quirky and whimsical. And then, we’re back to VB. Above the music, we hear her voice reaching without stretching as it effortlessly hovers, delivering optimistic messages with ethereal abandonment. When brought together, the two elements virtually embrace as they casually coast along the airwaves into the ever after.

The TTA remix of ‘Too Young’ (taken from the LP ‘Open Field’) that follows, conjures images of a snow covered Swedish landscape. As you and the train you’re travelling in pass by, a gathered choir celebrate the crystal white light that is all around. They celebrate with song. Drifting back to sleep, you hear this song as it fades as rapidly as your consciousness. Well, that’s how I read it! ‘No Letting Go’ serves as the finale, echoing the sentiments of its predecessor, with a subtle effect being added to VBs lyrical languish. Both tracks reveal some exquisite instrumentation with the latter veering off into space-maypole dancing rhythms and rhymes.

Space –maypole dancing hey?! Yeah, time for a break Ant! To summarise then… if you dig Hope Sandoval (Mazzy Star), Nico (& the Velvet Underground) and Frida Hyvonen, yes Frida Hyvonen, then this might be for you!