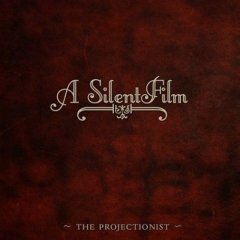 A Silent Film – The Projectionist

There’s a mix of sped up ‘Pyramid Song’ and slowed down ‘There There’ in the bloody awfully named ‘Six Feet of Rope and Revenge.’

‘Chromatic Eyes’ is far more interesting though, half Thom Yorke solo album, half Jonny Greenwood solo guitar. Er, hold on, there’s definitely some kind of Oxford influence thing going on. Changing your sound from 2001-era Radiohead to 2005 is not exactly innovative.

Right now A Silent Film are a bit too Keane, a bit too eager to impress but not ballsy enough to do much impressive. There’s something going on here but whether or not it’s worth hanging around to hear, I don’t know.