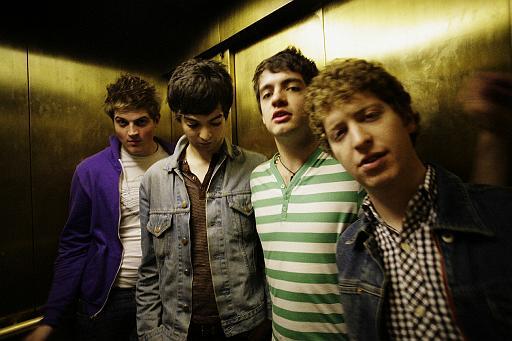 A mash of genres come together at the Barfly for a night of good fun and hot new bands.

The joy of the London Transport system, however, meant that I arrived at the venue in Chalk Farm halfway through the second support act, but from what it seemed from whispers of people around me, I didn’t miss much, and I wasn’t that blown away by “hair” either. Their performance was distinctly average but those watching seemed pleased with what they got.

Tonight Is Goodbye, Aylesbury’s favourite pop-punk band, really packed out the venue, they pulled in far more of a crown than the headliners, and although it seemed that they didn’t play many songs, it was full of quality; it was tight, tuneful and fun. Showcasing some new songs, new dance moves and old “classic” favourite tunes, they wowed Tonight Is Goodbye virgins, and kept hold of existing fans. The only bad thing that could be said about their set was that it seemed to only last about 15 minutes, whether this was because they didn’t play many songs, or even because I was having too much fun.

The headline band, Youngplan, entered excitedly to what was a disappointingly empty room. Only about one third of the crowd from before still remained. If it was because they were unprepared to give a new band a try then they really missed out. The Joy Division, Interpol-esque indie-punk (if you please) from Hastings gave a totally new, fresh-faced sound to the live indie scene, and they really belted out a tight, fun, fast paced, unsullied set. Their individual style is quite open and appealing, and it made the performance stand out. It was good, it’s just a shame noone was there to see it.