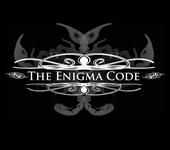 Enigma Code – Between The Lines

SCHTOP! It’s not ready yet! Only when Enigma Code (EC) escape from their Dutch bubble, floating around somewhere in the seventies through the land of make believe, will they ever get within a chance of pulling this music business off!

Between the Lines is the debut release on Indie-Go Records. Its seven tracks were, according to the sleeve, recorded at Klank Studios (Ramones) in Holland, May 2??6. Given this vagueness, I can’t help but wonder if it was actually mixed and produced in the Netherlands as stated. I like to think it might’ve been Never Neverland. And so with these doubts as to the when and where of it’s conception, I think it’s only fair to point out that I’ve almost no doubt at all that EC themselves did at least, perform the music found within.

Over seven tracks and consisting of potentially exciting but suppressed and poorly mixed music, with only barely audible vocals to distract the ear from the muffled and ultimately flat sound, its hard work. Outrageous yet enjoyable guitar solos sometimes sneak through the deadpan barrier to reveal their tendency to drift toward sounds of Black Sabbath, Motorhead and Status Quo. A husky and contrived voice can be heard but alas to no avail! If they knuckle down and get a new soundman on the case, who knows what they could pull out of their (I suspect, weed packed) bags.

‘You’ve got nothing to say and you’re not saying it loud enough’.

OK, that’s the kind of review I’d give on the evidence available from the CD alone. Being investigative as I am, I went on to discover that EC are Nottingham based band who intend to gig until they drop. They quote influences from Iggy, New York Dolls and what do you know, Motorhead. Enigma Code came into being in 2003, rising from the ashes of the band Leipzig and hold intentions of touring the UK in 2007 as well as a short tour of the United States.

EC say this of themselves – Enigma Code are more infectious than an Iraqi Anthrax attack, big beefy and loud and proud. Full blooded and thundering mixed with melodic catchiness is the trademark. The band are hugely pleased with their debut album, it guarantees to rattle the fillings out of your head.

And so in light of this new found optimism and hope for EC, I guess I’ll leave it to you the reader to make your own mind up. I admit I’ve lost a filling or two, but that was down to my combining of peanut brittle and mars bar! Tasty but treacherous!