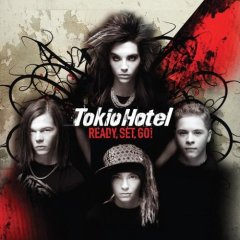 When you get the new single from the band who claim to be “Germany’s biggest rock band” you’ve gotta laugh. Germany ain’t exactly known for its music but somehow this isn’t all that bad.

Ok the lyrics are crap (“Ready set go, it’s time to rock. The sky is changing, we are one”) but apart from that this is pretty passable emo rock in the Thirty Seconds To Mars/ Paramore style. It really isn’t as bad as it should be. Shit its even got that Ash thing where everything stops for a second except the vocals then it all crashes back in, and they make it work.

Tokio Hotel are never going to conquer Britain in the way they have their homeland, but the Germans really haven’t embarrassed themselves as much as they could have.