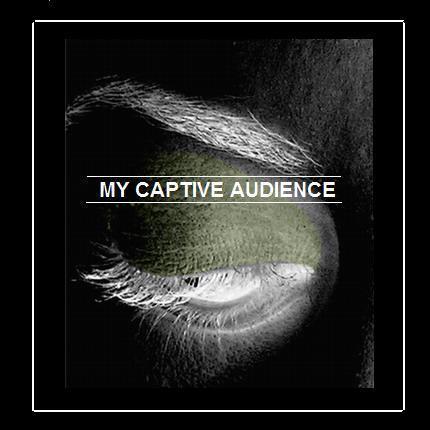 Oh lordy! The Verve have reformed and I think I know why! Wayne Welch is about to replace Richard Ashcroft and his husky soulful warbling, for My Captive Audience (MCA).are on the scene with only time standing between them and the glory they deserve! Coming out of sunny Oldham (six miles outside Manchester) with their raw and as yet unrealised potential and undefined sound on this, their self titled six track EP. Just watch this space folks, watch this space!

Marking their arrival with a song not only comparable to but as epic as ‘The Cedar Room’ by Doves, MCA demand your full attention with this opening track ‘The Butterfly Effects’, inspired by the dream of an alternate reality found by choosing a different path in life. Instantly accessible with its familiar guitar worthy of any Oasis work carrying Waynes Verve worthy vocals through to the very end of, what I feel will be come to be MCAs trademark track. It even cheekily closes with sneaky hint of Urban Hymns instrumentation. Nice!

‘No Way Back’ sneakily hints at both James and Green Day with its guitar part playing beneath some dominant and heartfelt vocals of disillusion. Admittedly tagged as a ‘slow one’, it serves well as an example of MCAs range and flexibility.

‘The Enemies Inside’, an acoustic track, keeps in the same vein as its predecessor. Laid bare and open, it’s as heart on your sleeve as you could hope for.

‘For Our Sakes’ initially stirs memories of the Ian Brown & Noel Gallagher track ‘Keep What You Got’ before coming into its own. Again, a track tagged as a ‘slow one’ but this track has got one hell of a set of urgency ridden balls!

‘Missed Youth’ is about that lost and squandered youth that haunts us all. Kicking off with its ‘Roll With It’/ ‘Slide Away (Oasis)’ guitar, you immediately find yourself engaged, wishing you could hear it live at a festival or anywhere you could get trampled on by the monster crowd all around you. It’s a live favourite waiting to happen.

‘Dacia’ gives us an acoustic amalgamation of ‘Wonderwall’ and The Cures ‘Friday, I’m in Love’ to close the EP. A clear optimism underpins the vocals as they ride the buoyant and free flowing guitar.

Now I’m not saying that this is perfect, there’s certainly room for improvement. Perhaps bring in some backing vocals to add dimension and depth to the sometimes prematurely cut off lead vocals. Some stronger and more accessible songs with anthemic choruses could do no harm. Include lyrics with the packaging and let the audience learn each song themselves.

But, that said, let’s take a look at what we’ve already got, ‘cause all those things I’ve thought of are surely gonna come hand in hand with a time given maturity.

Considering the amount of crappy acts that release LPs on the strength of their one good song, surely MCA deserve some recognition to spur them on before they break and make it big anyway. If you do no more than listen to ‘The Butterfly Effects’, you’ll be treating yourself. To catch MCA in a chrysalis state as it were, for me at least, is real exciting. And it should be for you or anyone else with ears too!