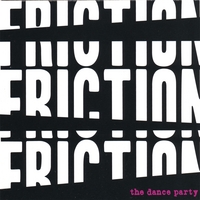 There was a time when the music industry looked to the States for its lead. Refreshing to look back then on how the good old US of A has been looking to Britain for the very same thing.

Pity that the same formula wasn’t applied to the current situation in Iraq and Afghanistan.

The Dance Party assembles all of the best bits of the UK’s Indie scene and incorporates lyrics unique to their own experiences.

The sound is post punk, but unfortunately the sentiment is so much of what we’ve already heard here in dear Old Blighty.

The band sounds a little like a cross between The Strokes and the more constrained pop-orientated musings
of Orson.

The result is a satisfying blend of anarchic rebellion with pop sensibilities – like George Galloway dishing up a decent version of Michelle Ma Belle.

Without dispute Renegade is the single with the most chart potential. Its catchy ‘Back your back to it’ refrain will prove a resounding success with the legions of unemployed around the UK.

In this sense they skirt near to the ground covered by Spoon, but it’s not as eloquently expressed.

If you like your punk rage watered down and delivered with a softened single note picking style a mere billion light years behind the likes of Johnny Marr then this is definitely your band..

If not this’ll provide an amusing diversion.