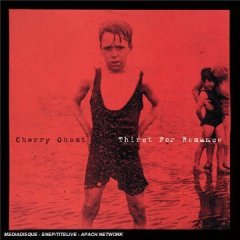 These guys fit right in.

And if you like your maudlin in ever increasing circles make sure you have the randomise setting switched to off.

At times they’re Counting Crows, at times they’re a little more Garth Brooks on a wistful day. It’s emotive stuff and in the current climate refreshingly intelligent, direct and honest.

The title track is Thirst for Romance, a sad track about someone at the end of their life, trying to remind their loved one of how they used to be.

It’s going to sound trite, but they don’t write them like this anymore. It’s the kind of intuitive narrative driven lyric that made the likes of Adam Duritz and Suzanne Vega such stars.

Shelve the shallow indie pop of bands like The Kooks and slip your reading glasses on. Don’t get me wrong that’s not to say the band doesn’t rock – they do – pumping out more bohemian post hippie riffs to keep even the hardest guitar nut happy, but there’s a point to it as well.

You want proof? Check out the driving lilt of Mountain Bird.

The band slips into a little commercialisation in the anthemic, but not entirely original People Help the People. This is a song Athlete could have come up with. Sounds to me like the band put this out as a feeler for the market. It’s good, but it’s not their best. Still it will roll around in your head for a good few weeks (two weeks, three days and four hours – but who’s counting.)

If you’re missing your poetic fix, stick around for the quietly building Dead Man’s Suit.

For some reason Cherry Ghost conjure up images of wispy clouds barely blotting an impossibly blue sky and vast spaces.

I may just have overdone the flu medication, or could it be a new kind of British Country music?

But hey, sod labels – wrap your ears around this album – you owe it to your poetry starved soul.