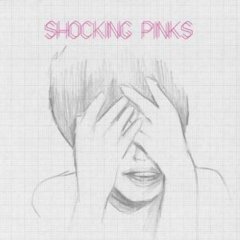 Remember when Punk was raw? New Zealand oufit ‘Shocking Pinks’ do and have attempted to capture that fire and youthful enthusiasm on their eponymous debut album. And they almost pull it off.

The frenzied drumming and raucous guitar, all played by Nick Harte are reminiscent of the New York scene in the early ‘80s.

The songs are crammed with emotion and angst, speaking of “burning desires” and “last breaths of freedom.”

However, the over-produced vocals and synthetic sounds don’t match the energy of the music.

The singing may be emotional but lacks any drive and enthusiasm and counteracts the spunk of the instruments and leaves the listener confused.

It’s not so raw as slightly medium rare. Not enough blood and guts and decidedly not well done.