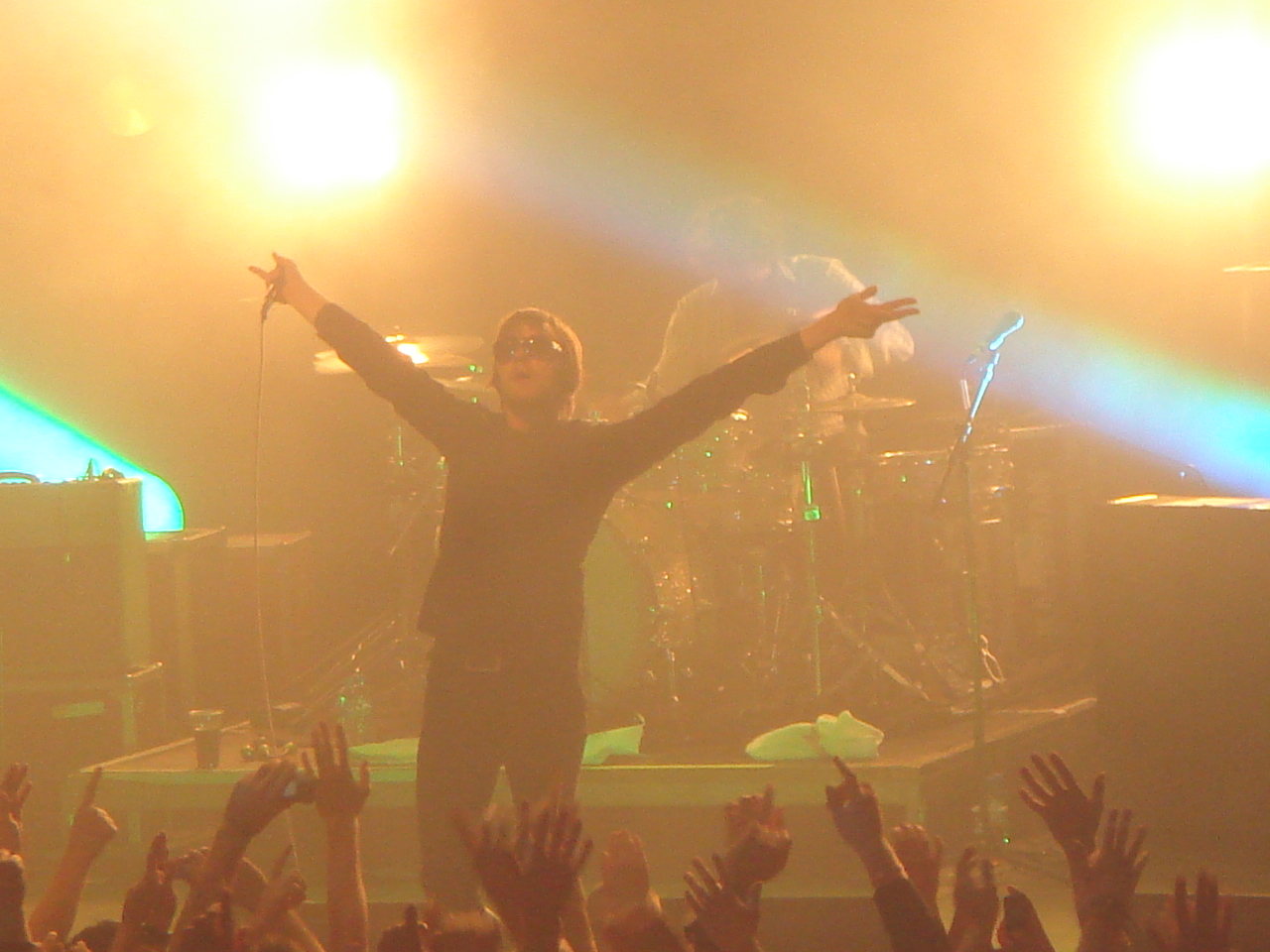 No one is safe at a Kasabian gig. No one. They are one of few bands where everyone in the audience has their hands in the air. Perhaps for fear of being stared to death. But mostly, it is of their own free will. Mostly.

Tom is as magnetic as ever, elegantly debauched, he struts around the stage with his sunglasses seeming to have morphed into Liam Gallagher while Serge unassumingly towers on stage: a man confident in his ability. The star of Kasabian tonight, however, was Ian Matthews: his furious, urgent yet controlled drumming often eclipsing the sweeping guitar work. Classic tracks ‘Clubfoot’ and ‘Processed Beats’ mingle comfortably with the songs from the more technically accomplished ‘Empire’ and both radiate through the spectacular light show.

The band is full of praise for Glasgow but tonight, Kasabian are stifled. Particularly, the epic, trumpet-laden ‘Doberman’ that instead of inspiring tonight, stutters and falters. They are a band simply too big to be contained by the disco-balled ceiling of the ABC. Their music is angry and dirty with an unexplainable delicacy that can only be catered for in that sweaty ballroom on the other side of town.

Touring sophomore album, ‘Empire’ for over a year now, shows Kasabian are tired and rightly so. The ABC tonight, Tom announces, will be their last gig for a while as they go into seclusion to work on the third album. A grand idea and judging by the reaction to new song ‘Fast Fuse’ and the spilling out of L.S.F onto the streets of Glasgow, their fans will eagerly await the result.