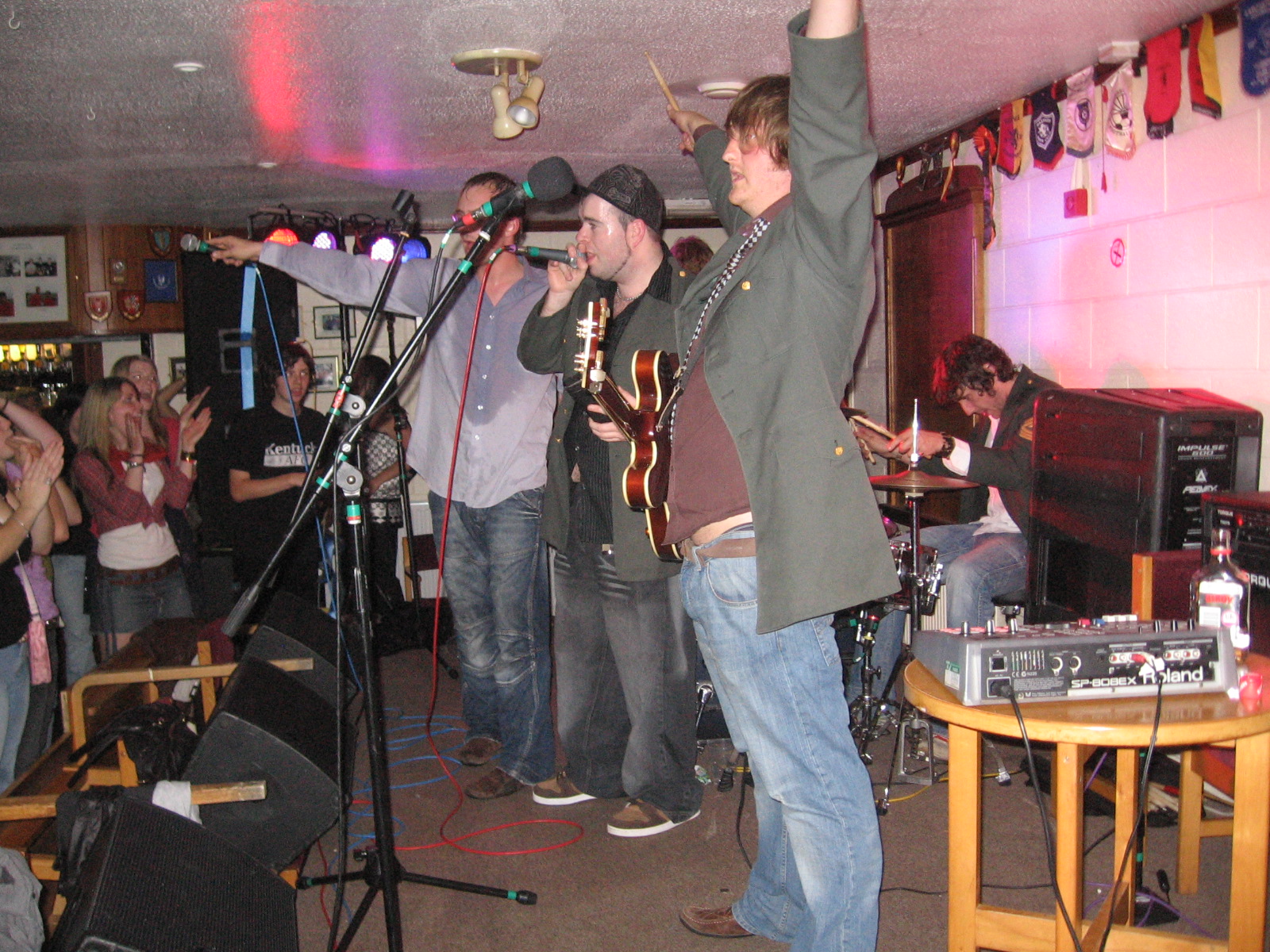 Once again its Clwb Slacyr in Porthmadog and no matter how many times you decide to attend this venue is just gets worse and worse in its overall appearance and sound quality. Tonight it’s local gods Genod Droog with a supporting cast that features a group of younglings Johnny Horizontal that are much hyped around the traps. The crowd is plentiful to say the least and demonstrate that youth fashion sense is just eroding by the minute as you simply wish for a return to the sad but honest days of Old Spice and Brut.

First up it’s young pups Johnny Horizontal who seemed to have had their minds colonised by all things Mogwai-esque. They provide what may be the most sumptuous set of sounds ever provided by a group of lads that appear to young to even be out at this time of night. Their sonic landscape is staggering, demonstrating a poise and control of sound that beggars belief. It‘s soul destroying to think that such shite as Hadouken! Are getting coverage when music such as this exists in the same land. Derwyddon Dr Gonzo provide another party driven set with songs designed to get people moving. In amongst some unnecessary meandering in the middle of the set there is one moment of such startling genius that I’m still thinking about it now. They pull an audience member to the stage due to his ability to rap the lyrics to the Fresh Prince theme. They then proceed to play a hillbilly version with this guy rapping away; it’s total genius and should be put down as a single with immediate effect.

The Genod Droog are coming off a momentous summer with headlining sets in many of Wales’ biggest music festivals. Tonight it’s business as usual with a raucous set of dance infused hip hop that demands a bigger audience in the future. Genod Droog are a rare thing in Wales’ in that they are a band intent on having a bloody good time no matter where they are and no matter who is in attendance. Just as the audience seems to be dwindling they wheel out a fantastic cover of House of Pain’s ‘Jump Around’ that has those gathered back on their feet where they belong. This is not just good stuff; it’s bloody essential for your well being as a thinking human and not just a mindless sheep that buys the new Stereophonics album. The end of the evening brings an attempted handstand by Dyl ‘Morricone’ Mei and he can feel very luck he didn’t cripple himself in the attempt.

Genod Droog’s return to home soil is a true success as they remind the locals that one of Wales’ finest bands can still deliver. The question now for the band is what next? With the call for recorded material growing by the day, begging the question, will the band finally put out the much anticipated debut album? As for their live show it simply is as good as any you’ll find with the potential to deliver almost anything if given more money.