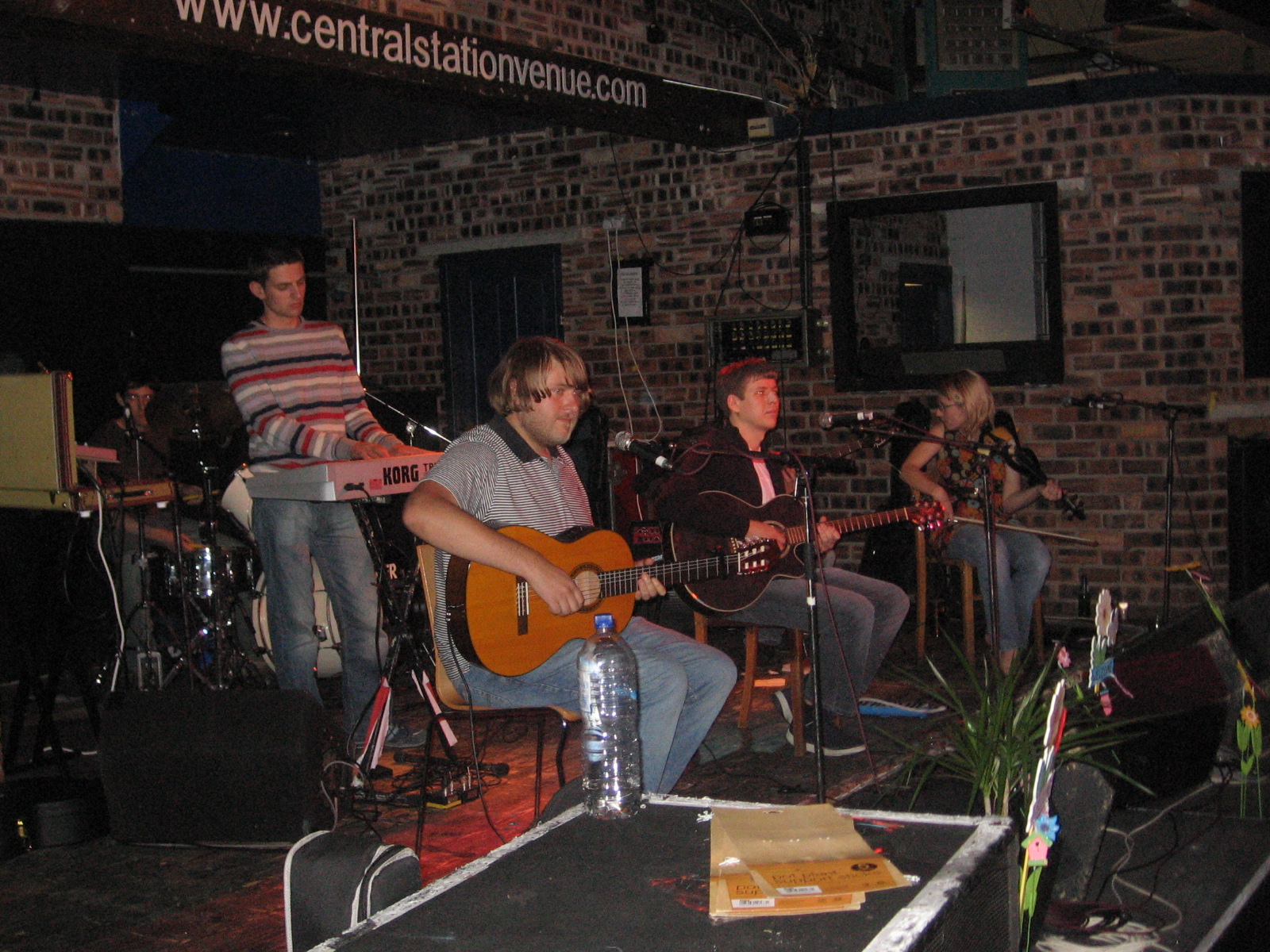 Wrexham based folk collective Gwildor are launching their new album on home ground with a date at the rather superb Central Station venue in the centre of town. to match the band ultra delicate approach to their sound the venue is lit via candlelight and is fitted out with tables so those in attendance can sit back and bathe is the gorgeous sounds coming their way.
As I arrive folk-a-tronica guru James Yuill has just hit the stage and serves up what can only be described as Nick Drake having been infected by the Chemical Brothers. It’s a superb clash of sounds that leaves me somewhat bemused and fascinated all at the same time. Looking somewhat like Stephen Merchant, James provides a fantastic array of original sounds that can only be described as essential listening for the next twelve months.

Gwildor come on stage and the first thing you are struck by is how on earth the physical colossus Andrew possesses such a delicate voice. The band run through material from the new album playing a superb array of folk tinged rock tuned that have an undoubted ability to play on your heartstrings. The superbly silent crowd allow for an atmosphere of extreme delicacy with songs such as ‘You Just Lost Your Way’, ‘Walking War’ and ‘Soaks Away Your Scorn’. Perhaps the highlight of the night comes when violinist Alsion takes over of lead vocals for ‘I’ll Follow Doubt’ and unleashes a voice that would make angels weep. The gathered crowd clap joyfully and so they should, as what is in front of them is rather special. If comparisons are being made it would be possible to draw one with Lambchop perhaps, especially given the range of talent that fills the stage.

On leaving I happily purchase a copy of the album as it’s deserved that people should pay for such beauty. The journey home is filled with the sounds of Gwildor which may seem a little much as I was just at a gig but one can not have enough of anything that is truly superb. Days on from the gig and Gwildor’s album ‘Tales from a Town’ is still spinning on my CD player at home, and that say it all.