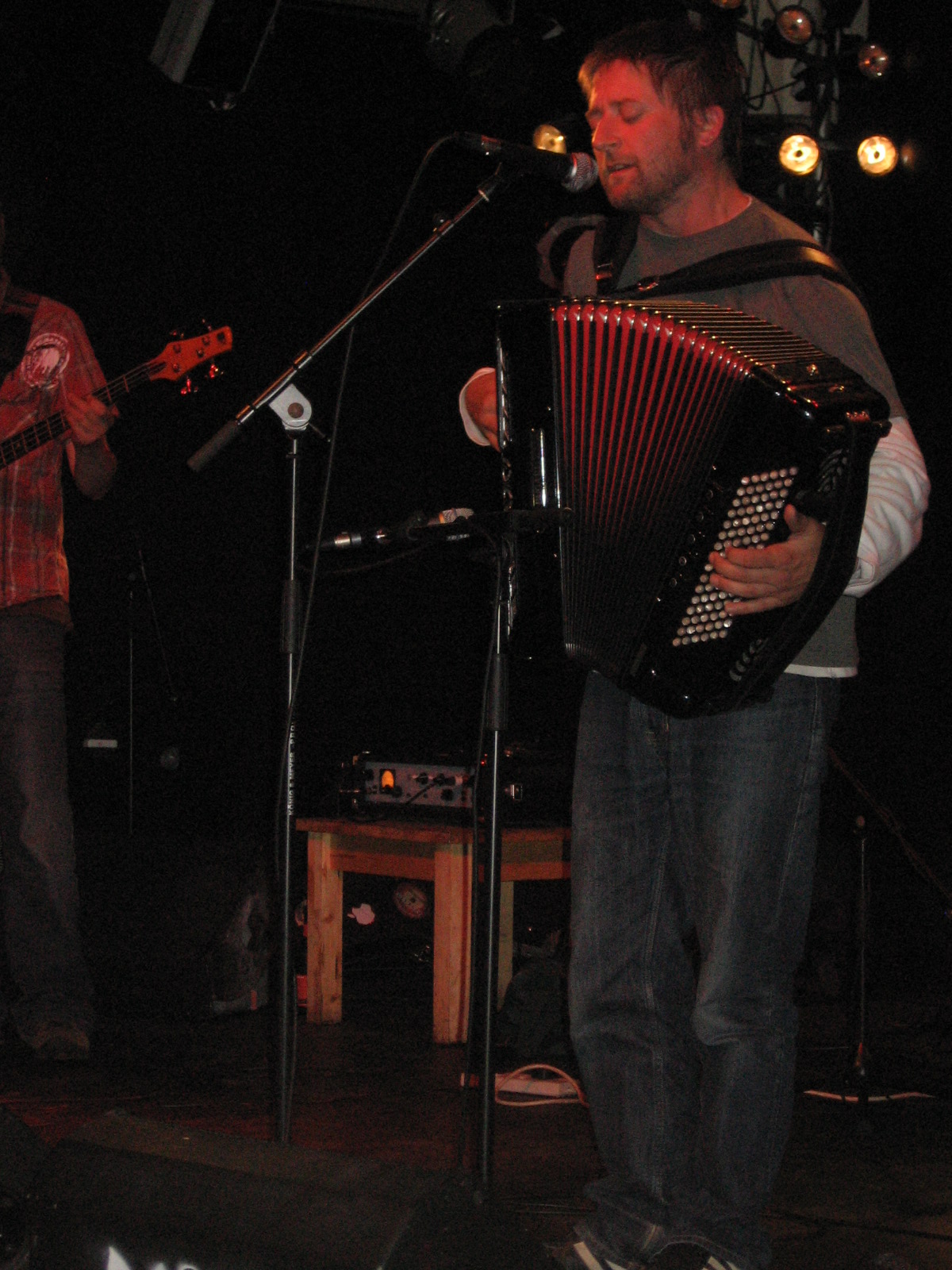 Genius is a much misused word in music journalism but there is a strong case to be made that Mr Kenny Anderson may be the most important figure in UK music at this very moment. Tonight it’s Cardiff’s The Point, which is a venue that perfectly matches such heart felt honest music as will be served up tonight for the gathered folkies.

Since starring at this years Green Man festival KC has released the new album ‘Bombshell’. The band like K.C. himself are a shambling collective of cherry beer drinking music lovers who exist to create and perform musical majesty. During the gorgeous set Mr Anderson informs the crowd of his self-given haircut and how it didn’t quite come off but not to worry all the same. We also get to hear about a possible rift that may occur between the band and venerable rap lad Dizzee Rascal over some rather loose comments made during a drunken moment. For myself I just hope they asked him what the hell that rap on the Geldof xmas track was a few years back. The band play a mix of track from the first and second albums, playing gorgeous rendition of new tunes ‘Nooks’, ‘There’s None Of That’ and ‘You’ve No Clue Do You’. The thing about Kenny Anderson is that it’s truly remarkable how he either fails to realise his genius or it simply doesn’t register on his ego. His songs are an amazing array of tales about lost love, life lessons and humour that marks him as not only a great songwriter but a remarkably honest one as well. This honesty is also clear in his stage presence, which is a combination of fragility and confidence that makes you think I could do that if only I had any talent.

The crowd clearly love him and rightly so as he thrills over a ninety minute set that includes a non-encore as he simply stays on stage before kicking off again. Anderson also clearly understand the insanity of the Welsh in pointing out that we have the word slow (and he knows the Welsh for it) painted on the roads when its impossible to get up over forty miles an hour due to the endless twist and turns. At the end of the night the cheers ring out and rightly so as those gathered have had their money’s worth and then some. Humility is a rare commodity in music as even writers go all out to be more rock and roll than the next. King Creosote simply is music from his self inflicted barnet to his probably unwashed feet, and he can break your heart at any given moment with songs that will still be played in hundreds of years from now.