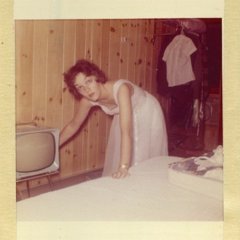 Manchester Orchestra – I’m like a Virgin Losing a Child

Music writers are screamed at and branded with sharpened black metal sticks for blatant disregard of hack rules, such as the use of the ‘I’ word; uttering the words ‘I love this band’ in a review for example is as good as telling an Editor to chop your balls off (luckily, some of us don’t possess balls). Sometimes such incessant ‘fan’ behaviour cannot be helped, because once in a while you will come across a band who are just so brilliant, you cannot but help to hold your hand up and admit that indeed ‘this band are on my radar, and I, worst music writer of the year, love them wholly and completely.’ The album is awfully titled ‘I’m like a virgin, losing a child’ (who are you? Madonna?) but this is the only thing to complain about on this record.

We will talk your fragile minds through this masterpiece, whilst we attempt to control our excitement. By the way, if you do not like American Indie (the bread we shall butter with the same knife as ‘college rock’ in this instance) then please take your well oiled ears elsewhere as you will not like what is coming.

The story goes that, songwriter Andy Hull turned his back on scholarly activities (including finishing high school) to delve into the innards of his fresh mind to create music. Most of the tracks will bear testament to an imagined reality where Placebo and Death Cab for Cutie meet, deciding to angrily paste and rearrange the college rock genre into something more meaningful than a letter home begging for wired money to fund further overdoses of heartbreak – a montage of rocky overtures perhaps?

‘Wolves at Night’ the first track on the album, and recent single, is the attention grabber of the album. ‘The Neighbourhood Is Bleeding’ is harmonised melodies juxtaposed with strummy, yummy guitars (a vague description but you’ll know what we mean). ‘I Can Feel Your Pain’ emulates a younger Sufjan Stevens; the simplistic acoustic melody gently strumming the biggest unbeliever into disrepute. ‘Sleep 1972’ sounds like the Postal Service dishing out another ‘The District Sleeps Alone Tonight’, only better. We could take the entire track listing apart, but there’s scarcely room; there is no filler here, all the songs are beautiful crafted, which is beyond rare these days.

Not a donkey, not a one hit wonder; a band with a strange name, having connections with neither Orchestras nor Manchester; a band that you will hear and you will love. What could be better? A reaffirmed faith in music? We’ll see how this debuts first before wishing on stars.

Listen to a podcast interview with the band here:
[link]