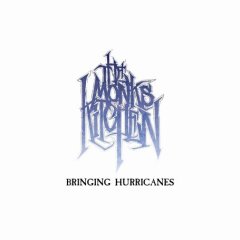 The Monks Kitchen should for all intents and purposes have been a band in the 1960s. We say this because intrinsic retrospective melancholia aside, they sound like a sixties band.

Imagine those days, before indie was a word that was thrown around the ball park of popular music diction like it was a strange new breed of commercial tripe. Happy Days was on the TV, the Fonz slouching around the jukebox with a different girl on his arm depending on the day of the week. Early on in the decade, kids looked like they were going golfing and towards the end of it, they were getting into trousers with hems the width of small houses, donning flowers in their flowing hair, and beards down to their navels. It was supposedly, a free spirited time, where should you have been alive; the ‘free love’ or drugs flittering around the scene made you the happiest butterfly in all of the land. Er, once again with the rain clouds, but someone’s been listening to too many Simon and Garfunkel records.

The new single from London’s strange collective The Monks Kitchen (excuse me but where’s the apostrophe lads- is it a monk’s kitchen or a monks’ kitchen- come on we know you did English at A-level?!) opens with a guitar rift that indeed could be found on the opening credits of the aforementioned American series but perhaps is more indicative of the free spirited surfery spirit of Jack Johnson; yes, we’re perfectly aware as we say this that indie kids hate Jack Johnson, but here’s why we shouldn’t.

Y’see, back in the sixties, pop music was not so much plagued by commercial paranoia theories as it is today. Corporations did not seemingly have an ulterior motive; the labels were labels who gave money to bands to put on shows and produce records that they then sold to the general public. Whether that output was good or not, we wouldn’t like to say (what with this writer being less than a quarter of a century old) but nevertheless, labels weren’t necessarily the ethical battleground they are today. Jack Johnson, whilst yes a commercial product (if you like), took the free spirited surfer influence from sixties bands like the Beach Boys, and gave us something to kick back and listen to on the beach.

‘Bringing Hurricanes’ works on this diachroneity, taking a starry eyed retrospective gaze at the nineteen sixties and repositioning it, on their own terms, to equate to free spiritedness (The Thrills anyone?). Don’t get us wrong, it’s in no way an unpleasant single, both autumnal and summery in adequate successions, but like label mates, The View, theirs is music that is a naïve representation of an imagined past.