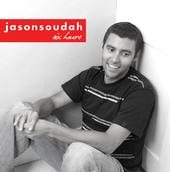 I once saw the tag “piano rock” and it made me shudder, conjuring up a Hieronymous Bosch landscape of human failings and nightmarish visions, like Keane being swallowed by a giant fish or The Fray with birds’ heads. I’m not sure that Jason Soudah would make it into a triptych, but he paints the same kind of characterless picture that makes Maroon 5 seem like funkmeisters and Savage Garden some kind of experimental electro duo.

It’s bread and butter to the playlist of post fuddy-duddy Radio 2, but still more likely to soundtrack an aimless wander around World of Leather than an episode of The OC. Thankfully, the five utterly formulaic and forgettable songs on this mini-album whizzed by in a blur of clichés that masked any talent. For a man whose musical abilities were realised after being knocked unconscious, and later studied for a doctorate in Psychology it makes you wonder what’s going on in that head of his.