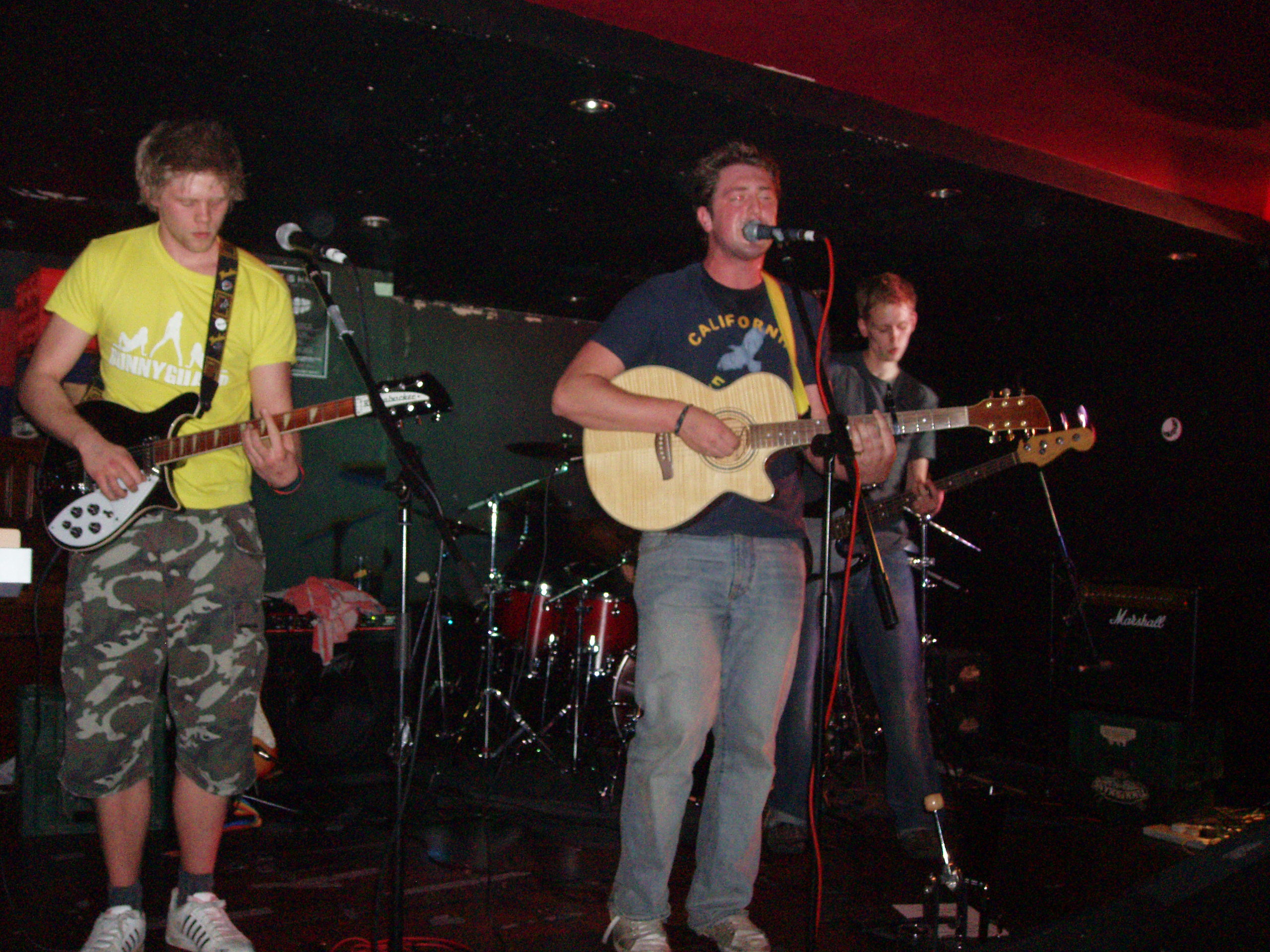 I arrived in time to see the Untouchables, an odd mixture of indie, pop and heavy baselines. The lead singer was quite cocky, telling us he was the best and amazing, which put off the crowd from going to the front. The music was intriguing; the songs were short and sharp with an edge of melancholy. It was a good set but as they were only the second group on no one was really interested. The sound levels were very high for the small venue, and the bass was quite overbearing.

Next on was Nice Peter, the funniest singer songwriter ever. Starting his set with the lyrics ‘George Bush you can suck on my balls’ you knew it was going to be a good performance. The topics covered ranged from ‘I want to be a Porn star’ to ‘50Cent’. He got a great reception from the crowd who laughed at every joke. The melodies were catchy and his American accent made the jokes even funnier. Great lyrics which obviously showed all of his opinions and criticism on America, the president and Hip hop music. To look at he just looks like ‘nice Peter’, but the words that came out of his mouth showed a charismatic, opinionated young man.

Finally the headliners ‘The Phoenix Fall’ came on stage. The majority of the audience had come to see this band and I was caught in a wave of very happy friends and fans of the band as they moved to the front of the stage. It was a great set, full of energy and pace as they worked their way through melodious, imaginative and cheerful indie tunes. The audience were singing along to some of the songs and really got the atmosphere going. The voice of the lead singer Ollie was combined nicely with the backing vocals of Ben on keyboard and lead guitar. I would have liked to see a few more guitar solos, as none of the band seems to have a spotlight moment, but hopefully this will come in the future. The bassist and drummer provided excellent backing and they were all excellent musicians. A very secure and tight sound throughout, with great enthusiasm from all band members. For a band that have only been together for a year, with the drummer joining half way through, I was very impressed with the quality of the music and the way it was performed.