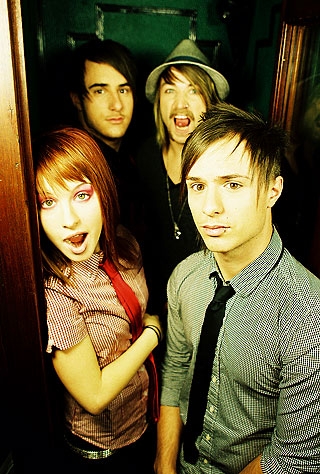 Paramore – That’s What You Get

The year is passing in a blur for Paramore, with the Tennessee four-piece having picked up a ‘Best New Artist’ Grammy nomination on the back of their success with Riot!, their second studio album.

The single ‘That’s What You Get’ is a track similar to what we have come to expect from Paramore. The locals from Hayley Williams are poptastic, the drumbeat is rock-inspired and the lead guitar parts add strength to the argument that Paramore have indie-punk credentials lurking around some corner.

The track is catchy, easy to listen to and shows just why Paramore’s fan base has increased dramatically over recent months; they are making a hybrid of pop-punk-rock and emo, allowing fans of these genres to listen in, decide if they like it, and if not, no harm done. The track isn’t original, but it’s likeable, and right now that’s just fine with Paramore. With a busy summer planned, and no doubt large dollops of experience gained, Paramore’s future is looking bright.