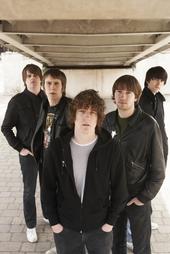 The Pigeon Detectives – This Is An Emergency

Cleverly titled “This Is An Emergency” is the new single from fan favourites The Pigeon Detectives and is released as a teaser for their new album “Emergency” which will be out later this month (see, quite clever really).

After over a year of frantic touring and promoting it is a wonder they have found the time to put together new work but fans will breathe a sigh of relief that they have, after all “Wait For Me” was rather short and seemed to run on the same infectious theme.

This single starts off sounding a little different and new, it might be the guitar riff or it could be the chords, but by the time it gets to the chorus they are back in familiar ground with a sing-along chorus that you want to jump around to. Hopefully this is an accurate taste of the new album; a good blend of old and new. “This Is An Emergency” is definitely as good as anything on “Wait For Me”.