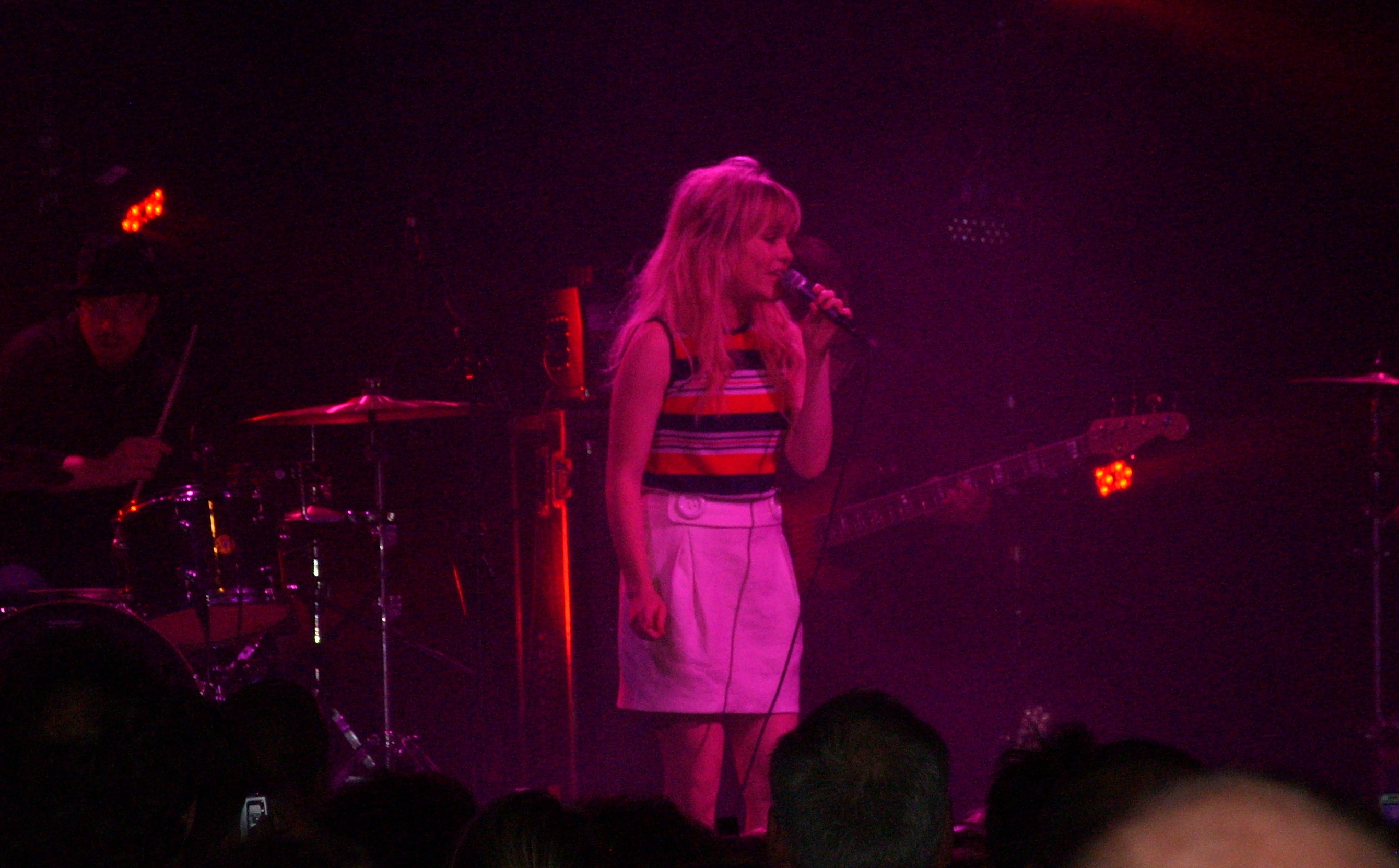 It was a wise move to start the Glasgow date of Duffy’s latest tour with a striking acoustic number in the form of “Syrup & Honey”. Her voice took on a life of it’s own as it filled the silent hall enchanting the audience, which was just as well as without a support act to pass the time many of the crowd had started to become restless. However within seconds of her starting even those who had travelled all the way up from England just to catch Duffy live seemed in that moment to have been glad they made the journey.

The song was the start of a perfect play list. Hits like “Mercy”, “Rockferry” and “Warwick Avenue” were evenly spaced out with other favourite tracks from her album including “Scared” and “Serious”. While her banter with the crowd seemed a little rehearsed she seemed much more natural sashaying around during the upbeat numbers like “Delayed Devotion” and by the end of the set she was strutting across the stage in what could only be genuine enjoyment.

To mix things up a bit a few b-sides were thrown in almost apologetically in case we were tired of hearing her album now it’s been around a few months. She hasn’t really any new work to show us yet she explains as she introduces the first b-side “Put It In Perspective”. Another b-side was “Oh Boy”, the song she was singing when Rough Trade first heard her and having heard every haunting note live it really is no wonder they snapped her up. The final one was “Tomorrow” which deserves to be a hit in it’s own right and was a favourite with the crowd, she must have more work up her sleeve if this track wasn’t considered an album essential.

As if these weren’t enough to mix things up a bit she also performed “Breaking My Own Heart” which is a free download through her Myspace and unlike earlier dates on this tour where she had to stop the song half way through tonight she managed it without a problem. The final extra was her excellent new cover of “Please Stay” which she has worked on with Bernard Butler for a forthcoming movie soundtrack.

Although Duffy may be criticised for being manufactured, there is no denying the power and natural beauty that her voice has. While some singers edit their vocals to make them sound better with Duffy what you hear is what you get, except live you can actually feel her voice reaching inside you. With her career now going international, there can be no doubt that her raw talent will capture audiences wherever she goes.