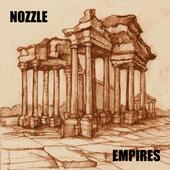 An ok album generally. I think they could have chosen a better vocalist, not much is offered from him, a lot of his melodies sound the same and he has an annoying habit of dropping down his voice at the end of every phrase which gets a bit tiresome. The lyrics aren’t very imaginative either, and all seem to rhyme with the same word in every song.

However, the band is very tight and the production is good, I enjoyed listening to the album as a whole, although it could be better with a bit more imagination, at the moment they just sound like any other rock band.