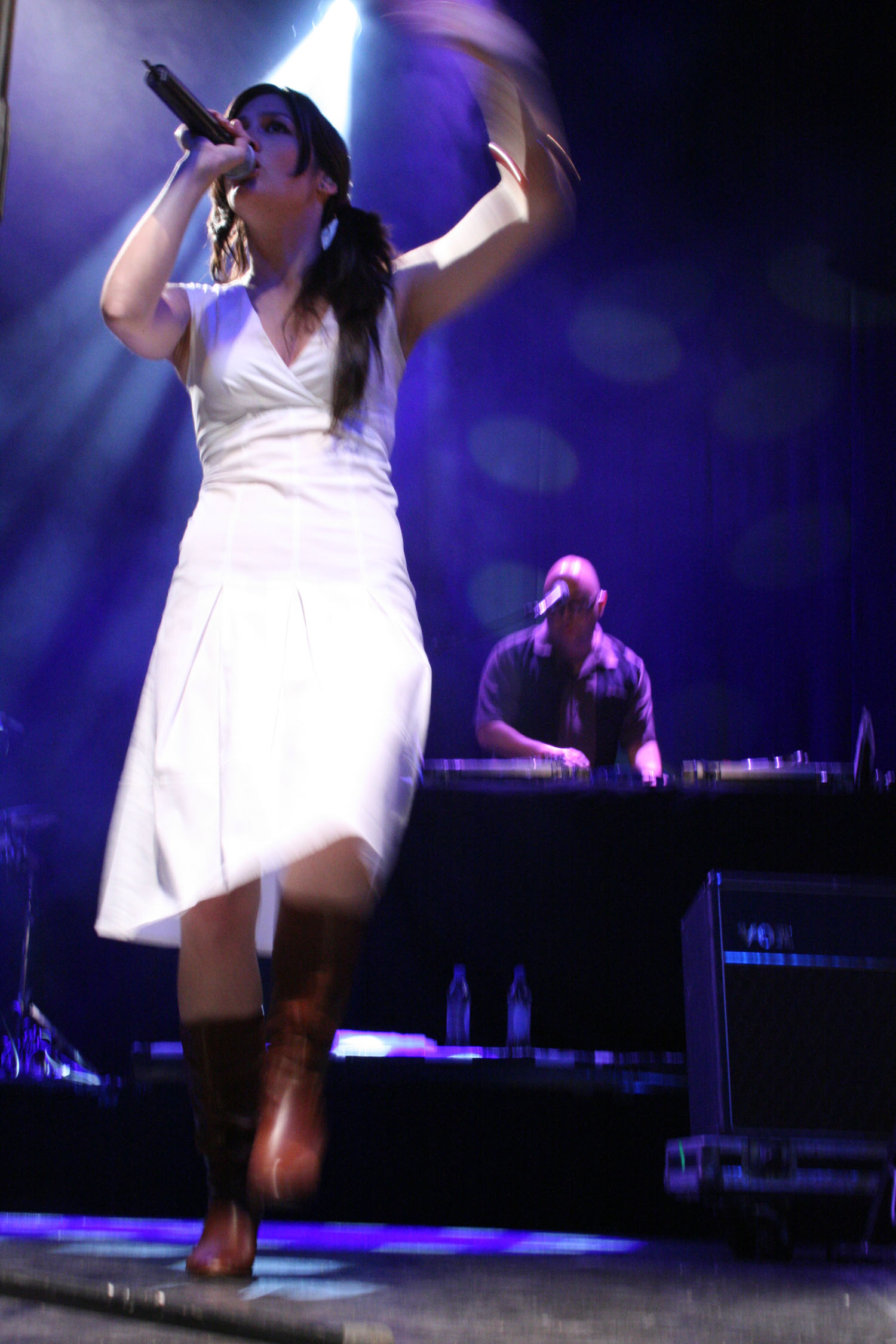 With their sixth album on release, locked and loaded with another singer (And a very good one at that) Morcheeba take to the stage at Sheperd’s Bush Empire and decide to play it safe. Whether it is covering the old familiars such as initial hit ‘Trigger Hippie’ to pretty much all of the ‘Big Calm’ numbers that really put them in the public’s eye – there is a strange absence of a new direction. The new material they do decide to play certainly has strengths, but it’s a shame that tonights show seemed more like ‘Greatest Hits’ show. Not that any Morcheeba fan will be complaining about that. Their trip hop, fuck jazz country style is extremley infectious and rocks in more ways than you might expect in a live scenario.
You know you are in good hands when there has been a good sound design put into a show. Bands have played at this venue where there has been something lacking, but when it has been timed and levelled properly it can really hit the right pitches. Atmospheric is probably best how to describe this show.

And what a wonderful pressence their new vocalist is. The gutair threatens to take centre stage from time to time, but Manda (heralding all the way from France) flows through the back catalogue with sheer ease, and when called for shows a powerful lead hiding behind the sultry presence and floating arm movements.

Having been around for over a decade the band seem to have had their ups and downs, but they all seemed to be unified in this being an up moment in their career. So glad, as miserable bands don’t really put much effort into their live shows.