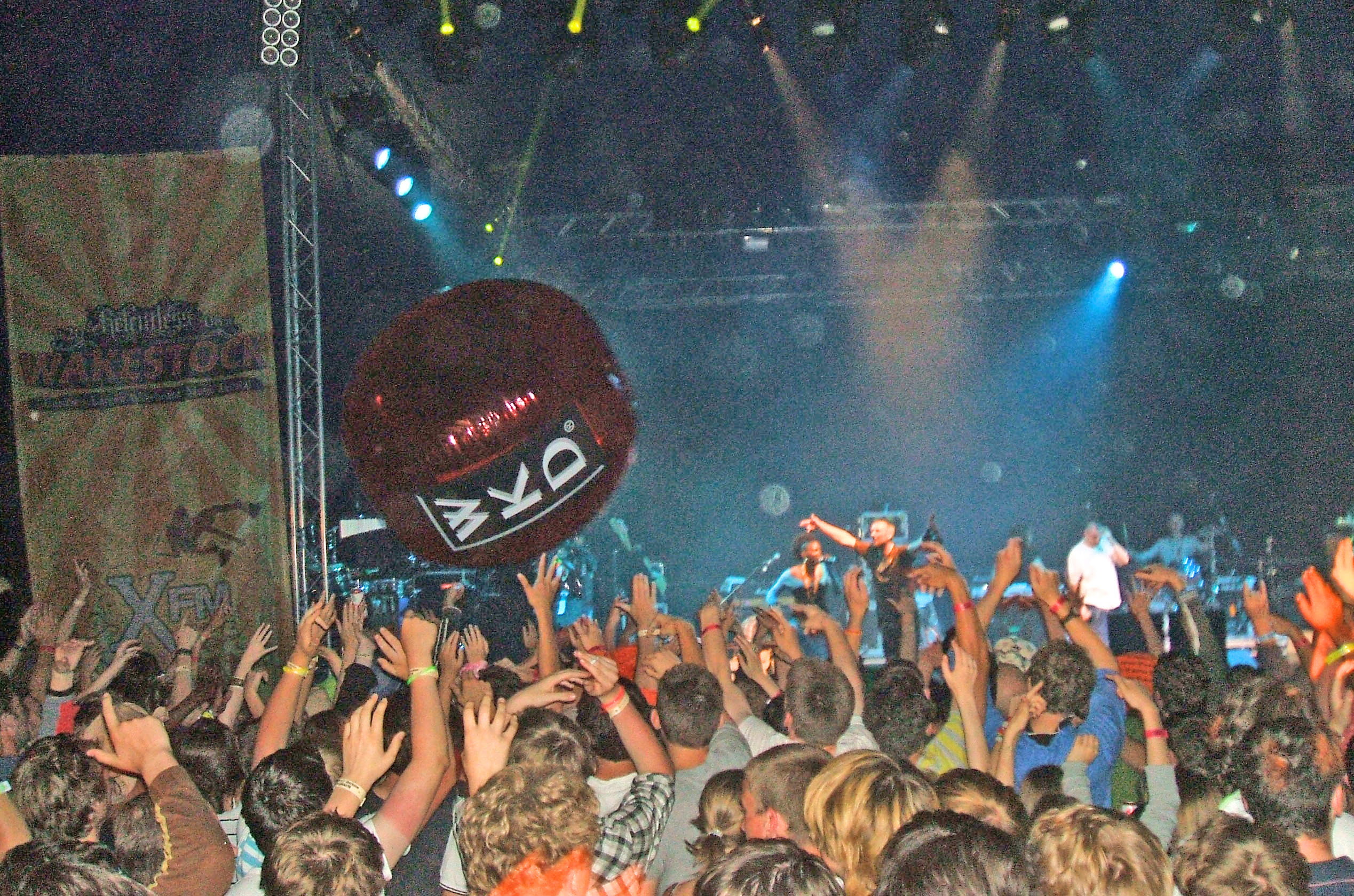 Dashing in to the huge main tent on Friday evening – having finally discovered that is where the one beer bar lay – we stopped dead in the silence. Groove Armada are half way through ‘At The River’ and the trumpet solo is casting a spell over the dance congregation. Groove Armada would be headlining Glastonbury come Sunday but here they are playing to a growing but sparsely populated crowd. This was Wakestock’s first year at Blenheim Palace and with no little success it brazenly took on the world’s biggest festival.

With Hadouken! hogging the kids and ripping up the second tent Groove Armada brought out the big singles – ‘Superstylin’ and ‘I See You Baby’ – before exiting stage early and instantly causing a huge crush to squeeze in to Pendulum. The Australian’s drum & bass provides an escape and drags a heaving tent moshing and screaming in to the weekend.

Wakestock brings the best dance music together with the world’s premier wakeboarders. We sat at water’s edge, in rare festival sunshine, looking over the country estate beauty of Blenheim lake and beyond to the House as the riders battled it out to win the first Blenheim title. Men’s winner Dan Nott produced a near perfect run, which was only bettered by Argentinean women’s champion Robbie Rendo. Her faultless ride – full of flips, tricks and perfect landings – putting a spring in our many steps back to the music site.

Walkstock would work well. We marched up at the lake, cursed as we trudged fields taxis refused to cross, ran miles of pathways and scrambled over fences and spiky locked gates to catch a last local service long since departed. The music played late and a shuttle from the actual site would have been heaven. The general disarray was charming and led to much adventure; the queue less bars, small and clean campsites and euphoric atmosphere made the weekend.

Calvin Harris was undisputed champion of the weekend pulling killer tune after killer tune from nowhere before the Happy Mondays – pictured, Bez egging on the freaky dancers while Shaun William Ryder mops his brow – kept the tightly packed crowd jumping with a surprisingly coherent and fresh set. The biggest disappointment was Mark Ronson. Without his big hitting collaborators – Amy Winehouse and Lily Allen at Glastonbury – Ronson was weak and dull as covers slipped from his non-discript band and away in to the countryside.

Quite how Wakestock managed to pull together such a heavyweight bill is a mystery but if they can let them take on the Worthy Farm monster again – there is more than enough space for this feel good festival.