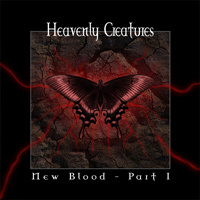 French artist Dr Ohm has previously already released a full album entitled ‘Forever, Always.’ That first effort was mix of the ultimate in gothic darkwave as well as some strangely effecting trip-hop based material.

This second effort is a smaller project only in size. 8 tracks of sheer beauty. Clearly the majority of the work is so beautifully orchestrated that you would expect it to appear in some great film soundtrack. Dead Can Dance and This Mortal Coil fans will have something new here to relish. But as before there are tendancies to undermine some of the stronger aspects of the song writing process by giving them a dance beat. This should have been reserved for bonus tracks and/or remixes only. The composition here is definitley strong enough to stand by itself as a piece of art. ‘The Evil Inside’ is a prime example of a song that seems to have forgone the original mix and gone straight to the dance version.

Thankfully most of the material works perfectly and some have even been left in an almost pure orchestrated state without much evidence of too much electronic tinkering. ‘Les Statues’ is probbaly a song that has managed to mesh the two together well – this works because the soul of the music is left front and centre.

But it is ‘Vlad Tepes’ where Heavenly Creatures is at its most epic. A powerfully built string arrangment with undeniably French undertones and gothic mastery. The only crime this piece has to commit is its criminally short running time of less than three minutes. Again it is like a perfect snippet from some great dark screen epic. A musical introduction to some as yet to be seen screen legend perhaps.

Dr Ohm can indeed write more pop related material that can work, and the first album is clear evidence of that. Here what works best is the artist’s ability to compose. And that is what we should all look forward to in the future. And as the title sugests, there will indeed be a follow up – and if the two track snippet of that is anything to go by then we could be in for more mastery.