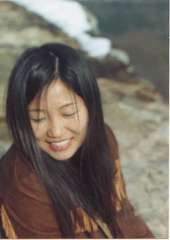 Kinzli – Going Just To Be Going

A rather pretty and brooding accoustical effort. The arrangments on the opening number’Dangerous Love’ are cues you have heard before, but it goes from brooding to perky jazz. The shift in tone is hardly suprising as jazz can bounce around and be as bipolar as it likes to be. Unfortunately for the best effect of this type of music is to actually go and sit and hear it live. But Kinzli have to get the music and awareness out there so you could do far worse than to pick up theirs.

There is a nice variety of themes. There is a worldly influence in certain songs which helps create an atmosphere that is sometimes lacking in similar music. A little mistique of where this band are coming from, or indeed where they are is never a bad thing.

It does become a more accoustic hitting on rock album as it enters its second half. This leaves you to wonder just where this band might be headed musically. Hard to categorise is one thing, but even harder to describe just what it is you are listening to is a whole other beast.