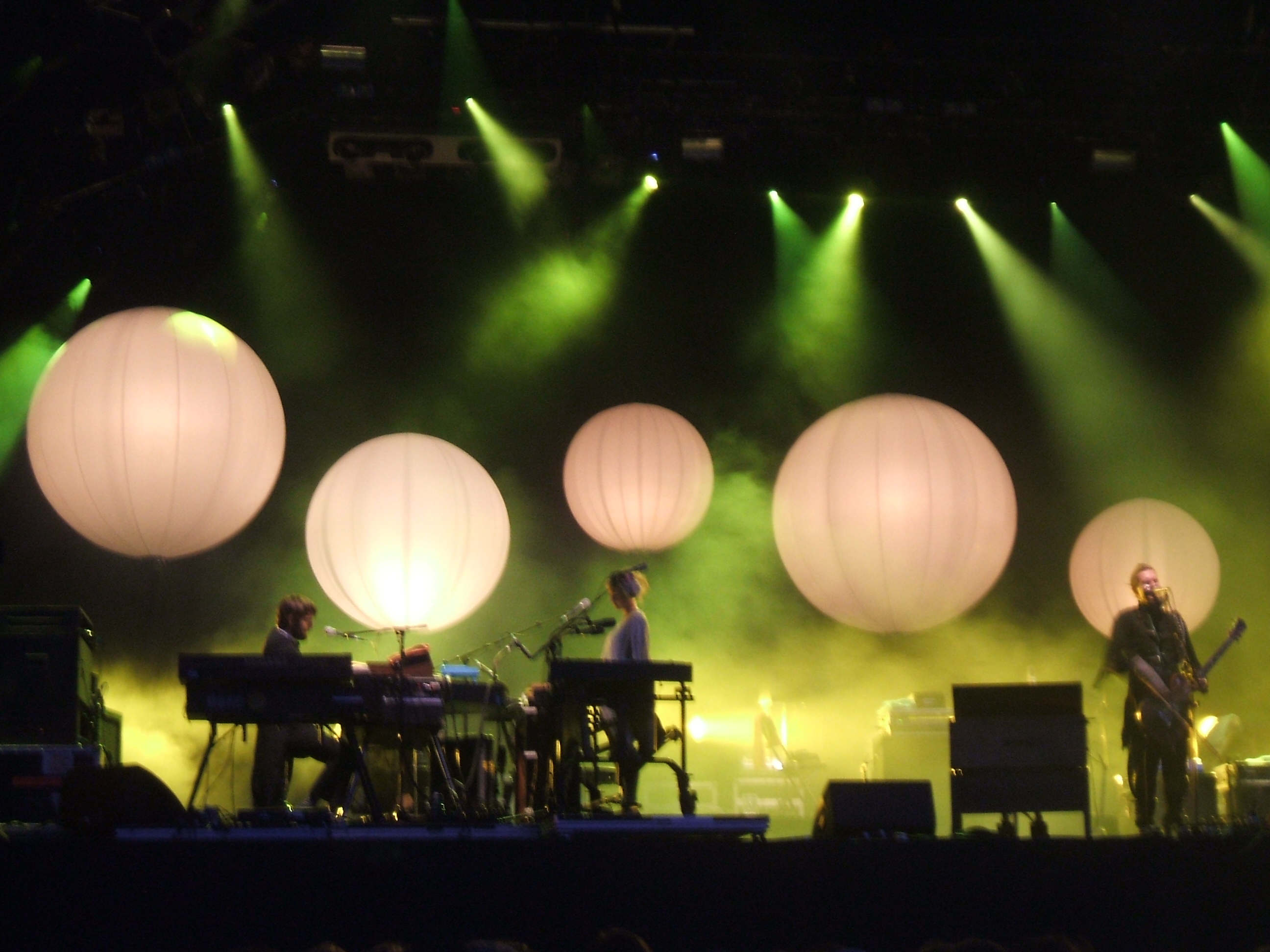 With teardrops and explosions Latitude is a marriage made in heaven. The music here is so stirring that this has become less a traditional festival and more a string of rare performances. Bands now come and shortly they go but Henham Park presented more artists of a weekend who will stand the test of time than perhaps any festival that isn’t Glastonbury. With such strength the clashes were often wrenching but ultimately it was possible to move quickly between the close stages and watch the special ones.

Tucked away in the woods is the Sunrise Arena where some morning shows opened up the days. The Joy Formidable and Nic Dawson Kelly both rise above the multitude of new bands flooding the market. If the latter put more trust in his shockingly unique voice and pushed the shouting to bed he could rival Antony Hegarty. Looking just like any other young alternative musician it’s a shocker when his warbling begins. “Your lyrics are so insightful but your image is so wrong.” Whistle your own advice home Mr Musician.

While great bands from the Go! Team to Murder By Death fell to the awful vocal drowning sound early on Friday at the Obelisk Arena nothing could spoil the true highlight. Amadou & Marium were led to their microphones in matching dark glasses and Malian robes and rocked the Uncut Arena in to a dancing afro-beat party. If you could stop yourself moving you don’t have a musical bone in your bag. The blind marriage bind French lyrics in to the most addictive songs. Marium stands and delivers mesmorizing low rythmic words and rolling harmonies while Amadou sends out masterful guitar and shifting sensitive to full pelt blues rock vocals. Their sound envelops people in happiness without a single posture or pose. We don’t know the language but we love the music.

There is no space to speak of the average, the bad and the ugly and there was simply no time to peer in to all of well supported arts arenas. From the pretenders to the unsurpassed many came and most delivered. British Sea Power have become stronger and no less strange with the imput of ‘Do You Like Rock Music?’ Anthemic yet wistful ‘Waving Flags’ demands that you take on the world. Okkervil River remain largely undiscovered despite possesing a lyricist of the highest degree. They deserve to be building a following towards that of fellow wordsmith Nick Cave, here with Grinderman and blowing the happy clapping, easily pleased back off their fold out chairs.

On Saturday night the real music fans could be found at the Mark Lamarr hosted ‘God’s Jukebox’ sardined in to the Music and Film Arena for a night of smokey soul and true classic punk anthems. James Hunter and Eli ‘Paperboy’ Reed and the True Loves are bringing back soul music and despite looking as far from its roots as it’s possible to be they both contain the spirit. The ‘Paperboy’ was near possessed, raving and demanding more from his congregation: “Are you with me latitude? I saaay, I saaaay are you with me?” The completely original set-lists and impassioned performances make these two totally deserving of their place leading the revival to the masses, something reinforced by a rare endorsement from John Cooper Clarke when introducing James Hunter. He danced with a packed back-stage as the biggest pogo-pit of the weekend formed and the tent worked itself in to fever for the Buzzcocks. They have so many one and two minute perfect punk singles that the hour flew by leading in to ‘Ever Fallen In Love (With Someone You Shouldn’t’ve)’, which left one and all gutteral and dead on their feet. It was down to the compere without compare – Mark Lamarr – to sum up, “That was fucking incredible.” Not as poetic as Clarke but it says it all; they do like a good swear those two.

Sigor Ros – pictured – had set up the late night with something very different and somehow even more memorable. It’s impossible to describe quite how beautiful the soundscape is as the haunting notes soar, the drums drive on and Jónsi Birgisson delivers perfection in his falsetto. They play every instrument in all known and novel ways from the Jimmy Page trademark playing of the guitar with the bow from a cello and the bass with a drum stick. You found yourself off in another place wishing you could be atop a Nordic mountain range watching these timeless, glorious epics play out. The Icelandic men have so much more stage presence than could be imagined, providing the eyes with just as vivid a feast.

Joanna Newsom woke us on Sunday with a special midday performance for a silent Latitude to soak up. Her oddly gorgeous voice recalls Kate Bush at her finest and is less difficult to tune in to live than on record. It is hard to understand how someone can play such a complex instrument as the harp while singing endless streams of masterful lyrics. And just as we were contemplating this she forgot the lyrics to ‘Sawdust And Diamonds’: “You really shouldn’t clap, don’t encourage this!” Making the sweetest of girls giggle uncontrollably and the performance unforgettable.

Tindersticks – led by the best voice in music – finished us off with the new long-player ‘The Hungry Saw’ played in strict order before darting back to too few oldies, minus many and the longed for ‘Tiny Tears’. They returned to the end of the album to send us packing with the heart sawing ‘Boobar’.

This was and is an unimaginably brilliant fesitval. We needed no more, we wanted nothing else.