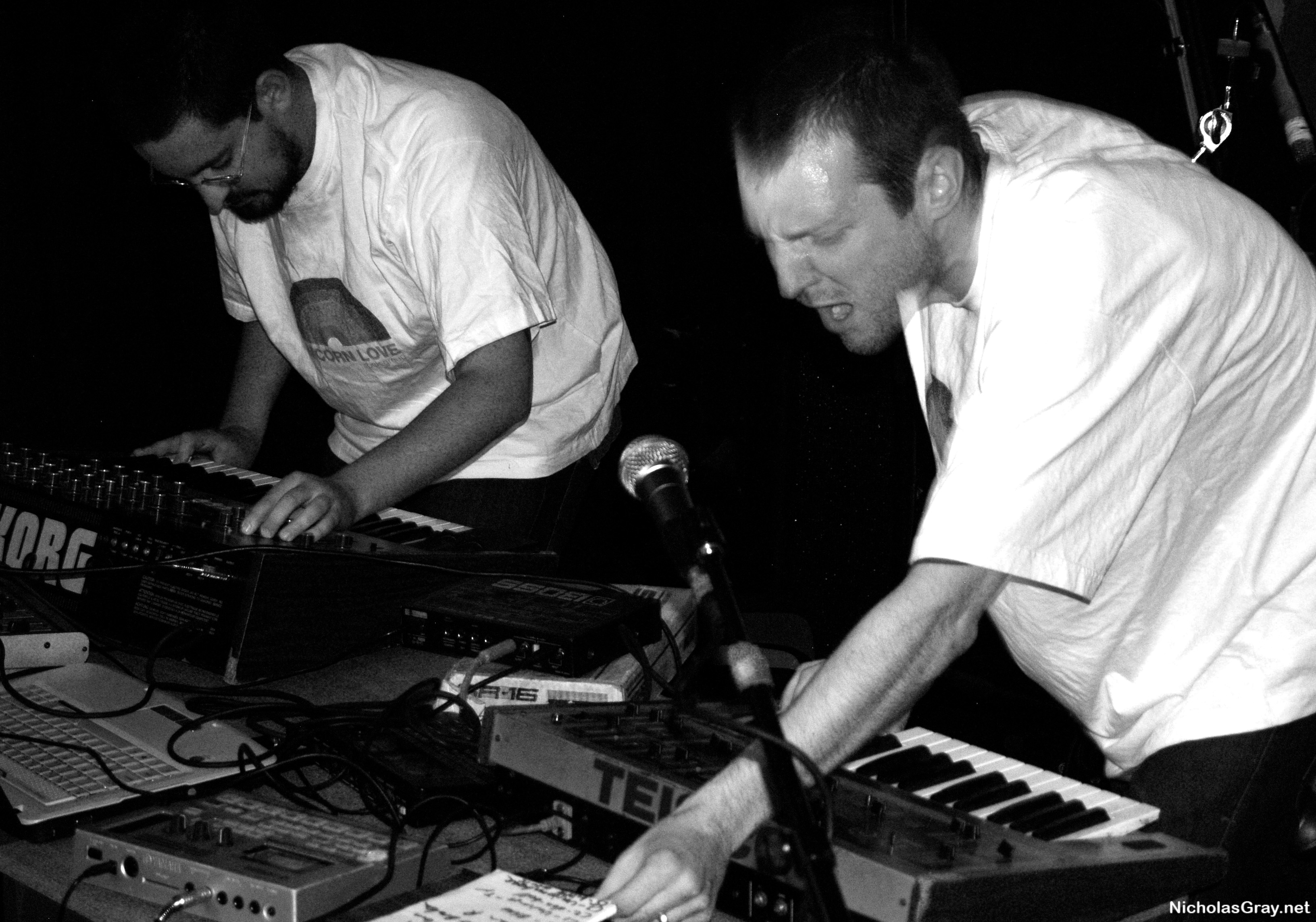 The third and final day was not what I expected, having seen Mariposa before I expected a more gentle and relaxing vibe throughout the whole gig. Never in the history of being wrong has anyone ever been so wrong, things started off nice before turning weird, then scary. Safe to say I have never been to a gig like this.

Starting the day off was Michael Flatley Knifefight who had some great rock ballads created using just a guitar and drums with minimal lyrics. They resembled The Longcut which is a good thing as they are one of my favourite bands.

Mariposa are audio artists who create soundscapes by building up loops which send you into a meditative trance, every person imagines something while listening, this time they sent me walking through the woods at night. The only fault was the guitar came in quite harsh but they still managed a great continues set.

Domovoi were pretty much the same as Michael Flatley Knifefight but with an extra guitar, I really enjoyed their set as there was a lot of energy in the music.

Eye Shaking Kingdom produced an ambient set that had a sci-fi feel to it as the two members adjusted sound loop levels and introducing news sounds through the keyboard.

BONG look like they should be a Slayer cover band but they made music that was a lot more interesting, it’s the kind of music that would be played in a lift on the way to hell. The tunes themselves have that black demonic feel to them but without a singer screaming about death and the devil it because something much better.

After BONG things got weird…

Rough Sex Quartet are essentially performance artists who deliver an endurance test of noise, I’ll not spoil what they actually do in case you ever see them, but it’s kind of funny if a bit weird. I couldn’t manage the entire set, could you?

Goathanger were another ambient band that built up layers of sounds, however I felt this band took too long to get anywhere interesting and once it got there it felt like a wasted journey. The drummer also seemed to lack any flair and was quite boring.

Then things got scary…

Mutant Ape started as he meant to go on, first the guy draped in the English flag put masking tape over his mouth before smashing a number of records on an upside down stool (one of which was saved by a crowd member). The other guy then blasted out some noise as various objects were used to play the guitar which included a saw and a potato masher. The guitar was then smashed up along with a stool as the noise grew ever more intense until the set ended leaving the crowd in a daze and the bar stage in pieces.

Seppuka were on the same level, 5 minutes of noise, screaming and smashing things which included a giant can, car rims and things around the main stage. It was fun to watch but I did worry about my potential death.

Kylie Minoise was a safer set which saw the performance artist twist and turn with torches attached to whatever made the noise. His movements caused a barrage of noise which at the climax was created by the guy crawling down the stairs.

Unicorn Love produced a heavy electro screamo set which used a wide range of sound bites to link the sounds together. They produce the kind of music that Moby would produce after getting out of jail for beating up his mum. The raw energy in this set was a great end to the three day musical bender which left me happy and looking forward to next year.