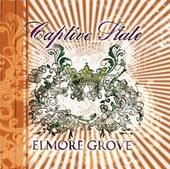 Journey pop and wistful folk conjoiners Tom Bootle and Joseph Kennedy use a deft, ambient seeping, left field leaning backing touch to take their 8 strong troupe on a journey of reflection. With each of the four songs weighing in at over the four minute mark, care is taken to build up the mood.

No better example of this can be found in the horn starting and trickling piano ending ‘China White Doll’, merging the impact of Four Tet, Mercury Rev and Camera Obscura. It gives this epic ebb and flow and a skipping melody, oozing the calmness of a pan-pipe tune.

Mum styled low-key tinkering, ‘Weatherman’ samples in chilling sounds akin to the sort of result Leonard Cohen would produce should he attempt human beat-boxing. ‘Lost’, filters in some down-tempo funk and a splash of soul that mingles in with the stretching pop vocals and soothing “aaahhh, aaahhh” femme backing.

This is an inoffensive and quite explorative prelude to next year’s debut album. Every year the Mercury Music Prize short-list contains an act like this, it’d be no surprise to see this expansive outfit on it this time next year. However, as we all well know a year is a long time in music.