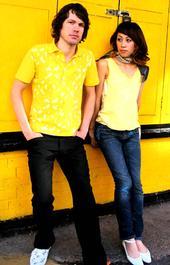 Levelload are almost a great band, but they’re not quite there on the strength of this single. Musically, the Anglo-Japanese duo have their finger on the pulse, demonstrating that they know their way around angular punk guitars on ‘I Know You Know’ and exhibiting an aptitude for electro-tinged pop on b-side ‘Domino Astronimo’.

Unfortunately, Mariko Doi’s vocal lets the band down at times. She clearly fancies herself as the new Debbie Harry, and at times threatens to live up to such a billing, but inevitably her attempts to display aggression in her vocals are too frequently unconvincing, letting the tracks down when they threaten to deliver the killer hook that’s been missing.