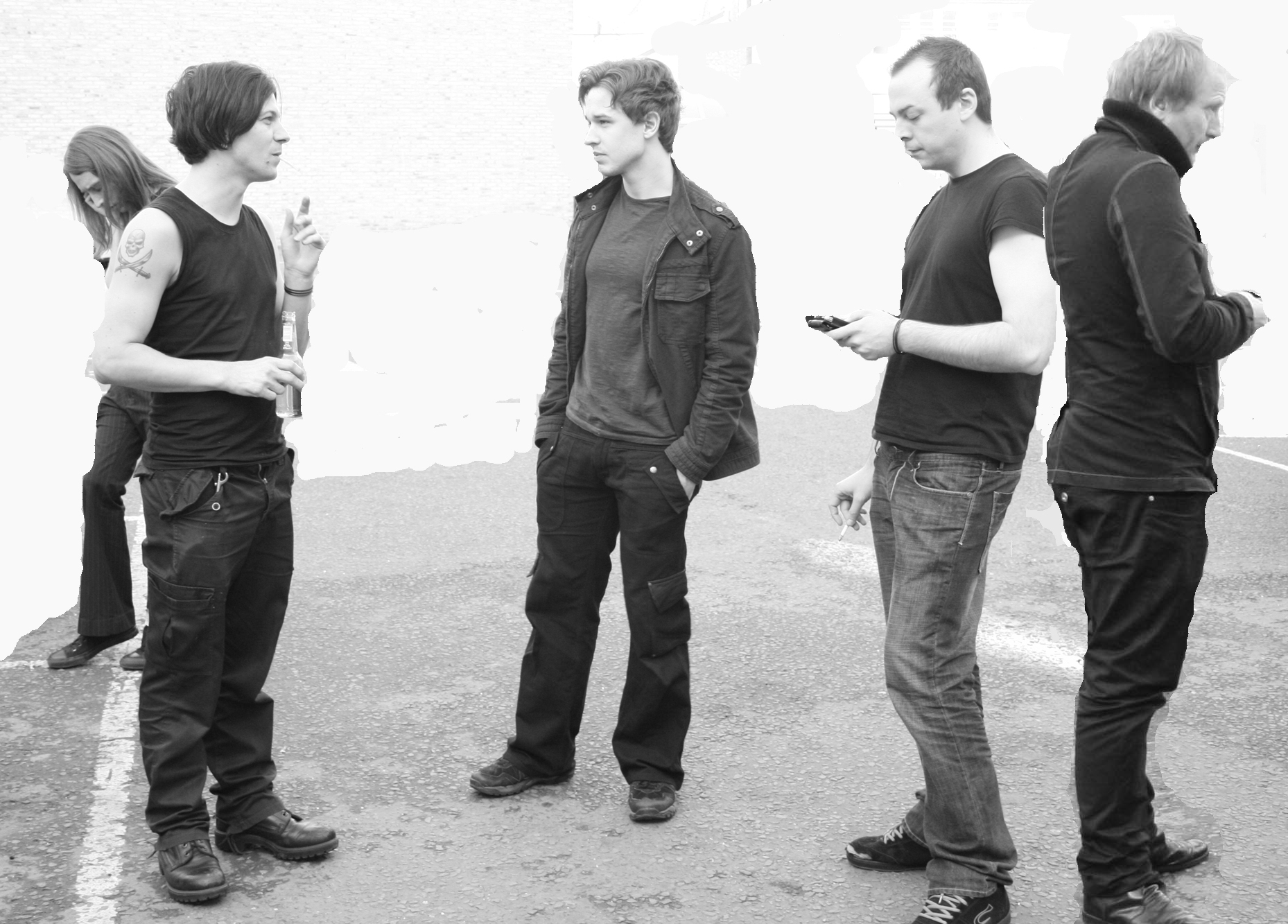 Greeting ‘Wake’ front man Max Payne is always a telling ritual as his face pretty much already says what is on his mind. He’s here to play, but he may well have a worry or two on his mind relating to how successful tonight will be. For what are the main concerns when in a band who have only done a handful of gigs? But in Payne’s Case he’s only done a handful of gigs with this line up. His previous effort a quartet called ‘Caesura’ ran for several years in a similar if lighter vein of hybrid rock traditions. They managed to score gigs are some of the better independent venues in, mainly north, London including the Camden Underworld and even a Glasswerk hosted headline night at the Garage. His concerns back then are the same today. Will the band all be here on time? Will we have enough support turn up? And will there be anybody in the building at all when they go on?

‘Wake’ was instigated by guitarist and sound engineer Sean Kennedy. A life long friend of Payne, Kennedy was often helping ‘Caesura’ out when they needed a sound tech. Kennedy and Payne have tinckered with ideas all along, but it’s been in the past 18 months where the fruits of their labour have been coming to the fore.

A slightly stumbled beginning saw some initial band memnbers come and very swiftly go. The current line up consists of seasoned Dummer Mark Bishop, Lead Guitarist Karl Clarke and Bassist Rob in fencott. Having worked with many of these muscians before Payne and Kennedy now feel comfortable with a line up that is capable of taking to either studio or stage.

The independent music world can be much more enlightening when you turn up to the gig pre-soundcheck and follow the ups and downs of what it is to get a gig set up. This darkly clad set of muscians immediatley seem to have their act in order purely by the fact that they have all tunred up early. The wait is then on as three other acts have to soundcheck first leaving Wake last on the list as they are first on the bill. The first act come and go followed by a band who are misisng their frontman (there’s always at least one band that need to get their act together). Frustratingly when this part-combo are about to finish; their lead turns up to extend their time on stage cutting time a bit short for others.

Eventually all have been tested and have vacated the premises leaving Wake and the sound engineer of the club to test. I don’t know who the guy is at The Rhythm Factory but he is totally on the ball and tweaks every aspect of the bands sound. Wake end up taking the extra time at the end to really fine tune things as best as possible and the band come away very happy about check, although slightly daunting about the prospect of going on first.

Support comes in the manner of friendly faces showing up to see the band when the club opens. Disappointingly a lot of the acts to follow have shown no respect and all still absent (save for the odd member dotted about). Frontman Max Payne is slightly affected by this manner but does not let it deter him from checking out the other acts himself.

At around 8.30pm, Wake takes to the stage and rightly get on with it with their first song of the evening ‘Shimmer.’ Taken from the Caesura era of Max’s life this song has been adapted into Wake and works fine as a number to open with. This is swiftly followed with ease by ‘Casualties of the Heart’ and ‘Stalker’ each demonstrating each member of the bands ability to command their craft on stage. This being around their 5th or 6th live gig together, they constantly keep an technical ear about themselves making the correct adjustments between songs. The end of each is met with gracious applause from an audience that seems happy to have come to the venue so early.
The only song to be flawed is their newest effort ‘Empty.’ There are some off key moments and sound issues with the Lead Guitar; Payne’s vocals (strong as they are) don’t quite match the sound around him. The band admit this defeat even before the song has begun and for future reference are intending to tweak this number until it is ready for live shows which might even have the inclusion of keyboard. It is worth noting that they song was very harmonious about two thirds of the way through, so it is still far from a disaster and shows that it’s a song that actually has great potential about it.

The band continue through their set and finish strong with ‘Fuel’ which lingers long enough in the ears at its close to signal that the band are about to be gone from the stage but not forgotten. Each member comes away maybe not as worried as they were when they went on, having now racked up another number to the gigs they have played. There have been moments tonight that have impressed the band and hopefully they can take those positive impressions and embed them into their next gig. Wake come away far with the attitude of only getting stronger.

Coincidently that next gig is on Wed 24th at 93 Feet East on Brick Lane. The evening will be hosted by Glasswerk. ‘Wake’ are doing the flipside of what they did tonight. On the 24th they will be headlining.