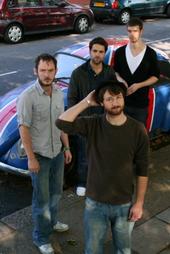 Barefoot Confessor are an indie band from London. They bare a similarity to The Kooks, so if you like your indie rock this is for you.

They produce thoughtful songs that are carefully crafted. In another life some of the band had previously been in other bands, but formed Barefoot Confessor in April this year. Surprisingly the band have only been together for five months yet sound like a band that has been around a lot longer in the sense that they are extremely accomplished. They’ve already had a lot of attention from within the music industry, and this looks set to continue.

Check them out on October 23rd when they support Imperial Leisure at The Scala.