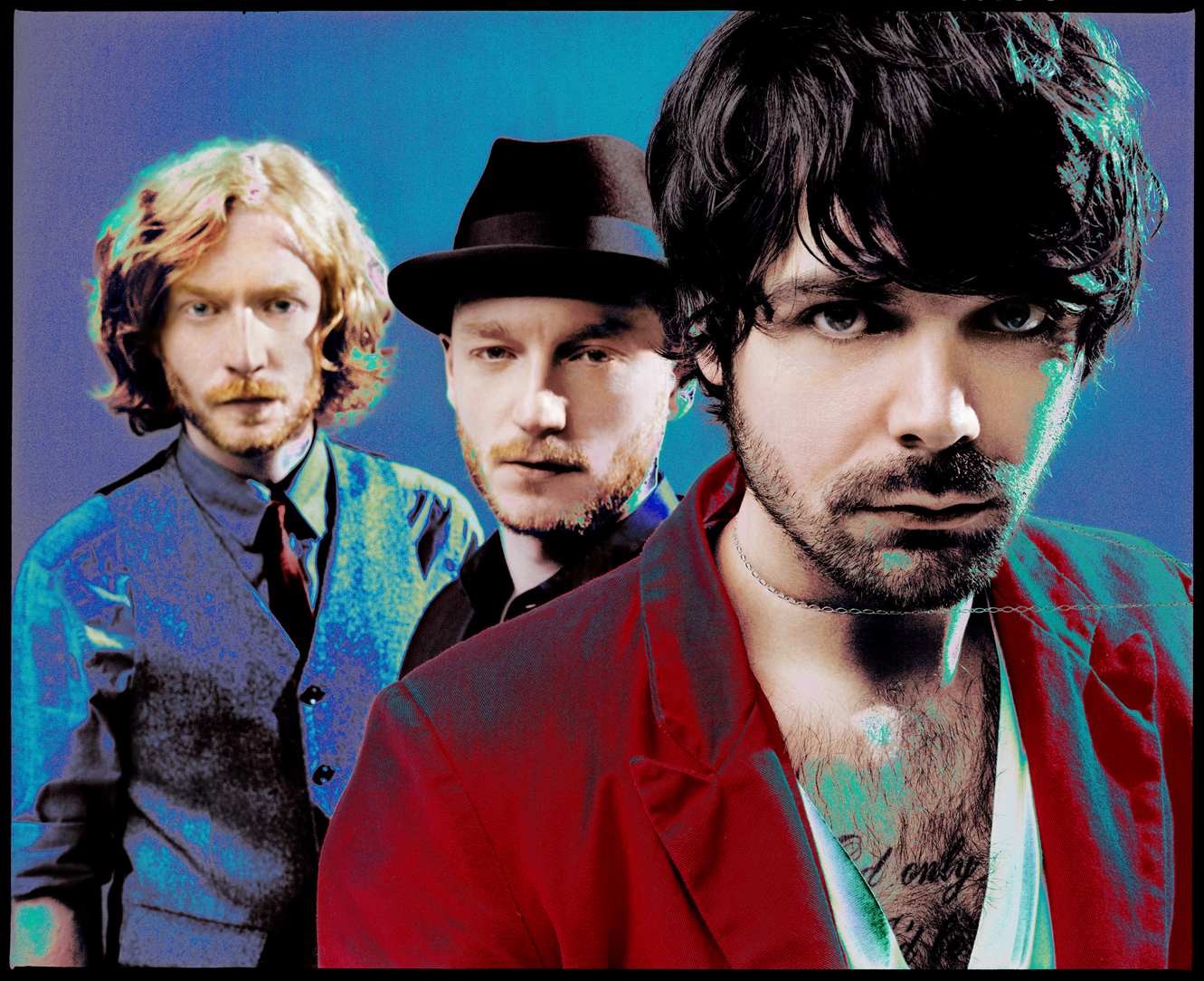 Biffy Clyro prepare for their UK tour by performing and recording an
exclusive iTunes LIVE from London show at the Apple Store, Regent Street
on Wednesday 21st October, featuring tracks from their soon to be released
album, “Only Revolutions”.

To be in with a chance of winning one of five pairs of tickets just
email mail with your answer.*

*Accomodation and travel is NOT included. The competition is for tickets only.

Biffy Clyro will be releasing their new album, Only Revolutions, on 9
November 2009 through 14th Floor Records. The album will be preceded by
the anthemic new single 'The Captain' on October 26th.

The album includes the Top 10 singles 'That Golden Rule', which was put
on the Radio 1 A-list a full five weeks upfront, and 'Mountains', which
was released in August 2008 and became their biggest single success to
date as it debuted at #5 and sold over 100,000 copies. The band
announced their return with a scintillating performance on 'Later…
With Jools Holland.'

Coming after the mammoth success of fourth album Puzzle, which entered
the charts at #2 and marked Biffy Clyro's transformation into a truly
world beating band, Only Revolutions is a further step-up for the
Ayrshire trio in an album filled with joy, grit and absolute
determination.