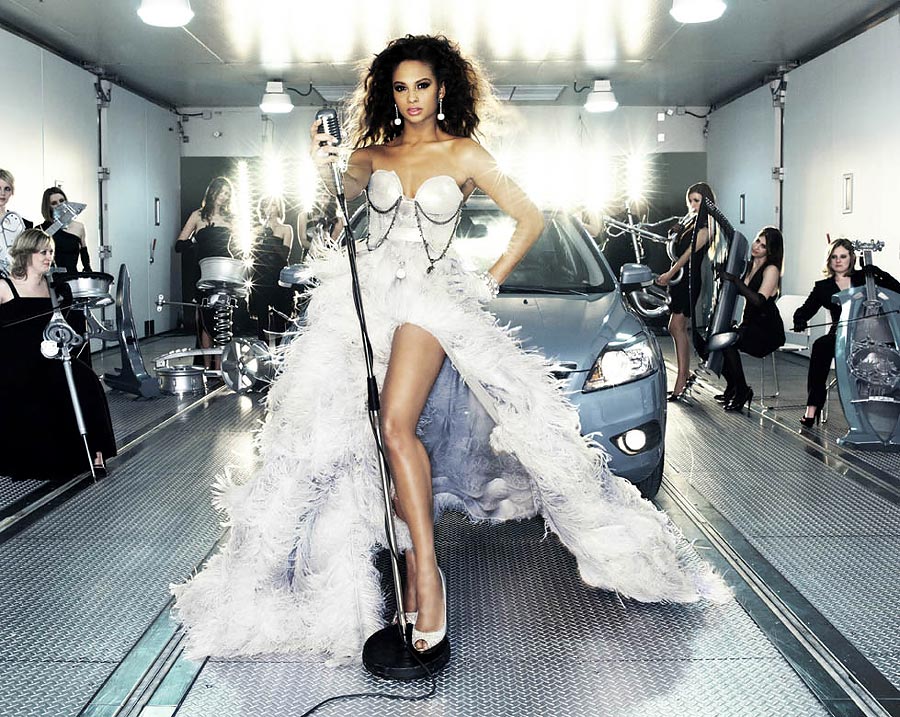 Already one of the most exciting and unique artists currently the toast of the UK’s R&B pop scene, the dazzlingly charismatic and talented Alesha Dixon releases her brilliant new single ‘Radio’ on November 28th.

‘Radio’ is written and produced by Naughty Boy and co-written by Emile Sande who together wrote recent hits like Wiley’s ‘Never Be Your Woman’, Chipmunk’s ‘Diamond Rings’ and songs for Cheryl Cole and Tinie Tempah. The track preceeds Alesha’s hotly-anticipated new album ‘The Entertainer’ which is released on November 29th, after the singles ‘Drummer Boy’ and Alesha’s collaboration with Roll Deep ‘Take Control’.

The accompanying video to ‘Radio’ is directed by Alex Herron – fresh from directing Tinie Tempah’s ‘Written In The Stars’. A gorgeously heart-rending pop track set over futuristic R&B drums, ‘Radio’ is a stirring, yearning reaction to the end of a relationship, matching Alesha’s fearlessly powerful vocals with an unforgettable, anthemic chorus that is set to make it a sure-fire radio sensation.

‘Radio’ follows Alesha’s recent hit single, the sassy, stomping ‘Drummer Boy’ the video to which was No. 1 most viewed on YouTube in the UK.

She can also be heard as vocalist on Roll Deep’s new dancefloor smash ‘Take Control’, which is released this week and will also feature on her new album.

Alesha has returned to our screens as a judge every week on ‘Strictly Come Dancing’ and shone as co-presenter of the prestigious MOBO Awards last week where her performance of 'Drummer Boy' brought the house down. Alesha’s latest documentary ‘Don’t Hit My Mum’ tackles domestic abuse and is screened on BBC1 on 15th November.

Her forthcoming album ‘The Entertainer’ is the long-awaited follow-up to Alesha’s debut solo album, the platinum-selling ‘The Alesha Show’, which earned her both BRIT and MOBO nominations and spawned the smash hits ‘The Boy Does Nothing’ and ‘Breathe Slow’.