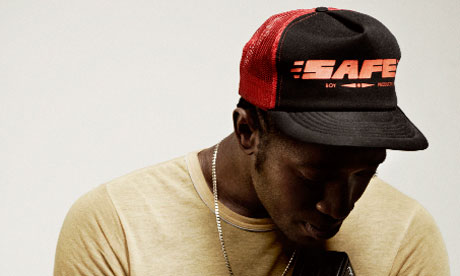 Whoa; Chibuku have really gone and pushed the envelope this time. On 19th February the Theatre resounds to a line-up that strong it could fill the entire club, equally spreading the musical palette to extend to drum n bass, edgy electronica, pulsating techno and angular punk funk. A glorious combination of live music and DJ sets, it’s indicative of why Chibuku’s unrivalled festival style clubbing continues to dominate in the twenty first century.

Topping the bill in The Theatre is none other than Bloc Party’s irrepressible front man Kele. As the voice of the band, Kele gave the group a youthful front which emphasised the jerky grooves that underpinned the dancier aesthetic of their music. Whilst collaboration with the Chemical Brothers (the sumptuous ‘Believe’) hinted at a greater love of electronica, it wasn’t until debut album, The Boxer, dropped that we really saw the effervescence of Kele’s personality.

To say the support is hefty is an understatement. Alongside Kele will be the euphoric drum n bass of Hospital Records’ High Contrast, the superlative electronica of Hudson Mohawke (the youngest ever UK DMC finalist at 15 and now taking Warp records legacy into the next age) and local music legend Revo. And if that wasn’t breathtaking enough, there’s still another two rooms…

We have two pairs of tickets to give away to this brilliant night. To be in with a chance of winning all you have to do is email mail with your name, address and answer to this question?

What band was Kele the front man of?