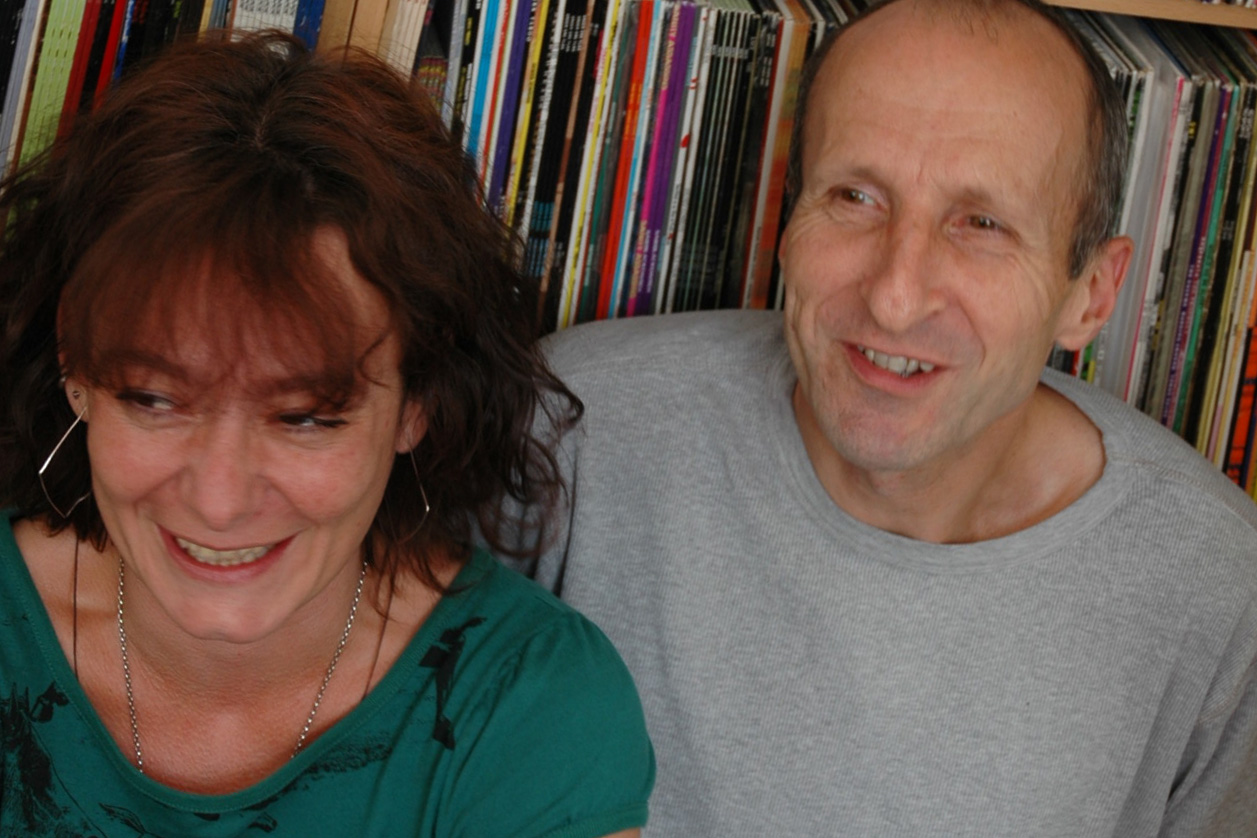 It's not a great time to be in music retail. Virgin are gone, HMV shares plummeted another 10% last week & are selling all their Canada stores – and these are the huge stores that traditionally have had more security. What of the smaller fish? That's what Record Store Day is all about. The independent record stores in the UK are too dwindling – the increasing overheads proving just too great in a time when people are buying fewer and fewer physical copies, and using the internet more and more.

We at glasswerk.co.uk thought it might be a good idea to have a chat with someone that crosses the boundary between physical copy and the online platform. In steps Nick & Jude Clarke, the husband and wife duo behind Cambridge-based online record shop Rhythm Online.

Q. What does Record Store Day mean to Rhythm?
We are totally behind the idea and love that it highlights actual shops and gives them some much-needed love and publicity. We're slightly sad that shops like ours (that sell physical product, but via a website rather than an actual shop-shop) are expressly excluded.  We're based in Cambridge – that has ZERO independent record shops – so we're not competing with anyone, and would love to be included.  We'd also love to have a proper shop (although local customers do nip round to pick up their records, and are often treated to a slice of cake and a cuppa at the same time), but unfortunately it just isn't financially viable at the moment.

Q. You obviously have a perspective of the high-street/online divide from both sides.  What are your thoughts on the decline of the bigger names on the high-street?
The difficulties HMV, Virgin etc are encountering are two-fold, I think. Firstly there’s the general decline in retail due to the economic “climate” – this is affecting all kinds of high-street shops, and is not restricted to music or records. Secondly, though, there is a specific move away from “physical product” by what could perhaps be described as the more “casual” music fan.  I think record selling will become more niche and specialised, rather than disappearing altogether (we hope so, at least!), so the typical Rhythm customer: fanatical music fans, collectors, vinyl enthusiasts etc will hopefully seek out online shops like ours, or the few remaining specialist shops, where they know they can get the expertise and range of music that they are after.

Q. Whilst sales are dropping, there seems to be more bands becoming known than ever before.  Do you think the industry can take advantage of this fact and recover?
Something that James Murphy (LCD Soundsystem) said in an interview a while back really stuck with me.  It was something along the lines of questioning why musicians felt they had an absolute right to make a fortune out of their career.  A living, obviously, but, as he put it, they are doing something they love, so surely they are better off in that way than most people anyway.  I think the way forward seems to be by bands going it alone more – not needing to “get signed” in the traditional ways and have the backing of a bit label, but using the internet to promote themselves, get their music heard etc.  I think bands can still make decent money out of touring and merch: the continued (increasing?) popularity of live music, gigs, festivals etc seems to me to be a thoroughly good thing.

Q. Have you ever been tempted to diversify away from music?
Not really – we do this because we both love music. Our dream, diversification-wise, would be to run a big, sprawling venue that had room for a café, live music, offices to run Rhythm (and maybe a record label) from, and a physical record shop. Just as soon as we win the lottery, that’s what we’re going to set up in Cambridge…

Rhythm Online can be found by clicking this well-disguised link.