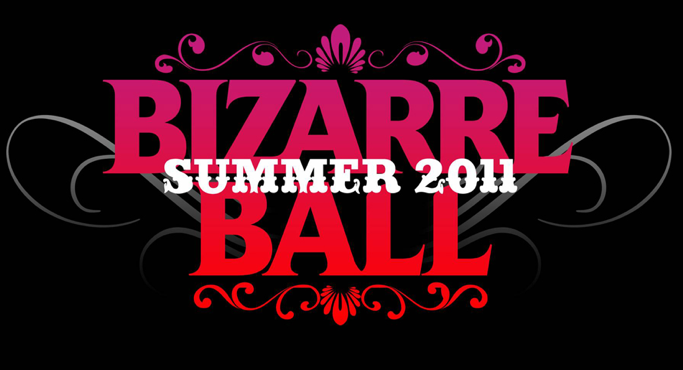 Clear your diaries, freaks and geeks. The glorious Bizarre Summer Ball – The Greatest Show On Earth – is coming back to London on Saturday 21st May 2011 for another night of prodigious performance, delirious dancing, luscious live music and perverse partying!

And you can win a pair of tickets to the ball, courtesy of glasswerk.co.uk – simply post a comment in the box below to be entered into the competition!

Preacher Muad’dib is the latest act to be added to the line-up. Preacher performed at Alice Cooper’s Halloween Night of Fear gigs at the Roundhouse in October 2010 and he will now be bringing his legendary lawn-mower chin balancing act to the Bizarre Summer Ball, as well as a bespoke 10 minute performance especially for the Bizarre Ball goers.

Staged once again in the decadent Scala near King's Cross – the site of last November's Bizarre Ball carnage – the May event promises to be another unforgettable evening of musical mayhem, deranged alt.performance and costumes so damned hot they'll scorch your retinas, including smoking live sets from the hottest new bands and fabulous freak show oddities peddling acts so weird they'll make you question your sanity.
The Summer 2011 Bizarre Ball will be headlined by Sunderland’s very own edgy, post-punks The Futureheads with support from Cult internet superstars Kunt & The Gang and the Bizarre ‘Battle of the Bands’ Winner – a chance for an unsigned band to air their wares in front of the freakiest crowd around. This year, Bizarre magazine have teamed up with Unsignedbandreview.com and Kerrang! Radio for the opportunity to open the best party ever, the winners will also get a full page feature in Bizarre, their song played on Kerrang! Radio and music industry mentoring from Unsignedbandreview.com.

The Summer 2011 Bizarre Ball will be held at The Scala in London’s King’s Cross from 8pm-3am and will deliver a delirious blend of incredible live bands, twisted cabaret and freak show frivolity not seen anywhere else. This is the greatest show on earth but don’t just take our word for it – here’s what our famous friends have said about Bizarre’s wild events:

“… just unbelievable – utterly great! It’s a terrific surprise to see so many people in amazing costumes. When we arrived we saw a load of girls strutting around on enormous stilts and blokes in stockings and suspenders – it felt just like home.” – Alice Cooper

“…the Bizarre Ball provides an excellent opportunity to acquaint yourself with a variety of special interests.” – Time Out

The competition ends at midday on Monday May 16th, so good luck! Tickets for the ball can also be purchased by following this link.