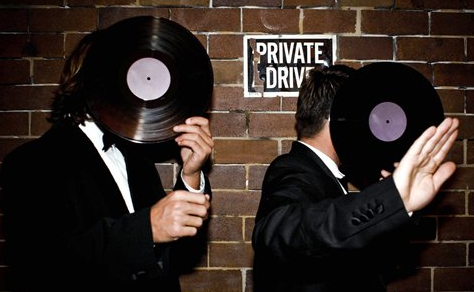 Yolanda Be Cool Talk AUS, US and UK Dates

Yolanda Be Cool exploded into prominence in 2010 with their single “No Speak Americano” infecting dance charts internationally. The Aussie duo are to headline the main stage at the High Definition Dance Festival on June 18th/19th this year, and they've been talking about all things shows, YBC and future releases.

How are things going for you guys then? Really well. We’re just dying to get all our releases out and working hard on an album.

How did you get together initially?
We were out in Sydney together. We’ve been DJing together and separately for about 10 years. We got together for a few productions as you do and then decided to start working together.

What’s the scene like in Sydney now?
Australia is full of festivals at the minute. In a couple of weeks we’ve got Creamfields and then there’s Round Table.

Are you playing Creamfields in Aussie?
No, not this year. We did it last year. We’re actually just getting ready to move to Ibiza for the summer. We’ve put ourselves up in a little town that’s a bit away from it all a bit.

Have you been over to the US recently?
Yeah, we’ve just done a really good gig out in Phoenix and after that one we did another in Mexico.

Last year you had a massive hit with ‘No Speak Americano’. What was the idea behind the track?
We just wanted to make a fun party track. It sort of got a bit out of control. A friend of ours who DJ’d said ‘you should sample this’ and did a quick demo. We then all got together in the studio an made the track. It actually happened a lot quicker than some of our other tracks take to make.

Does having such a big release as that put extra pressure on you now?
Yeah, I think it you were to say in short, yes. We’ve been working really hard and making about fifty different tracks, and each one you put it up against something that had such a worldwide success. It’s been tough finalising tracks because now we know there are so many people waiting to listen, whereas before you’d just finish the track and put it out there to as many people as you could. So yeah it does add more pressure to it.

Where did the original sample come from?

It was sampled by a guy called Renato Carosone, and he's sort of like the Frank Sinatra of Italy. When we did the track we then sent it to two London based Italian DJs called Solo and Mowgli to ask if it was okay, and check that it wasn't basically going to be sacrilegious or anything like that. But they really liked it and they were like 'Hey this is really funny' and 'My mum used to dance to this track'. If they'd have told me that it was anything like it was a national anthem or would have offended people, then we'd have pulled it and pursued no further.

What are you guys using to make your music at the moment?
It's mainly a combination of Logic and Ableton really. Ableton is just so good for chopping up samples and stuff, and then all the mixing we tend to do in Logic.  We tend to use a lot more samples than anything else and then run them through samplers, and we don't use a great deal of synths in our tracks.

The name of your act being 'Yolanda Be Cool' was taken from the 90's smash film Pulp Fiction. Any reason for the name, or was it just something you liked?
Well it's kind of hard to find a name these days that's really original or cool, so we were just throwing loads of ideas in and seeing what we could come up with. We love Pulp Fiction and Tarantino, but even if it were a bad movie, we would have gone with a name if we liked it.

In a couple of months time you're coming to the UK for High Definition Dance Festival. What's the rest of your global activity over the festival period?
Well I think people are waiting for our follow up track first, and we're just dying to release them.

We've heard a little whisper that you have a new track that you're hopeful of. Is that just a rumour, or have you got something big lined up for the summer?
Well we've done another track with DCUP which we think is going to be big. It's hard to say what will be big and what won't, but whenever we've played it the DJs are asking what the track is, and the people are loving it, so that's a good sign. We kind of have about three tracks to release, so we may do them in short succession… Kind of Bang, Bang, Bang and see how that goes.

Looking at the types of gigs you play, do you prefer to play to festival crowds or to more intimate clubs?
Well I think it's hard to call because nothing quite beats the site of looking up and seeing thousands of people going absolutely off to your record, but at the same time a festival crowd can be quite touch and rather fickle. One minute you have this huge crowd and the next minute you look up and there's a big chunk gone. You wonder what you've done wrong, but then you look in the line up and you'll see that someone like Daft Punk has started and you kind of understand what's happening.
When you play to a room of people then they're right on front of you. You can play a bit cooler and a bit deeper. We like both really for their own reasons.

When will the new album be ready?
Well we're off to Ibiza in a few weeks so we're hoping to get the album done before we leave really.

More information about Yolanda Be Cool can be found by following this link.