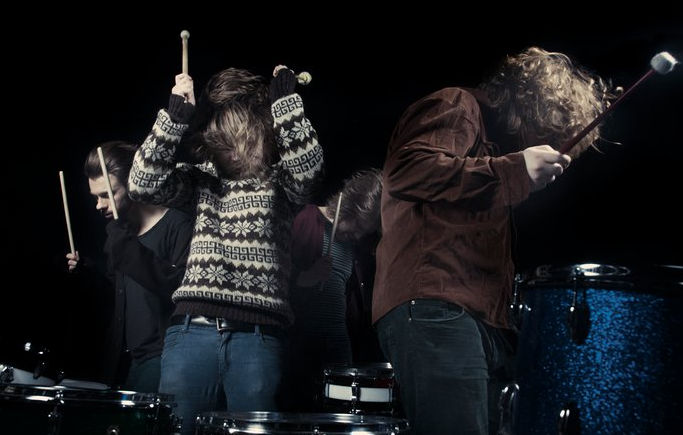 Finnish indie-types Rubik have been talking to CMU (link) about their music, creation and the future.

How did you start out making music? Well, we’re from a pretty small town originally, so it was either that or getting beaten up by the hockey guys. It was and still is born out of friendship and mutual interests, basically. And from a strong will of creating a world of your own.
What inspired your latest album? To cut it short: the songs we’d written and the sun and the space and echo. Rooms that reverberate. The fact that it was +30 degrees Celsius outside but we were both working and living in a large brickwalled room with no natural light at all for a few months, so it was almost like being in a different universe, out of our heads and with no idea about the time going by elsewhere. Also, for the first time we actually felt we had written really strong, touching and emotional songs. We felt we didn’t have to over-fill them with too many details.
What process do you go through in creating a track? It’s a lengthy process indeed. We write songs in our studio, so we’re not leaning on the usual “let’s grab our instruments and jam a little” mantra except on some occasions. That leaves the egos out of the process; if you’re a drummer, you can still come up with cool guitar parts. Or a bass line. That’s very liberating. We already practiced this method on our earlier album, but this time all of the songs were pretty much written in the studio. Of course, I usually come up with the core idea – the melody, the lyrics and a certain song structure perhaps – but the way they are executed are never the same. It’s as exciting as it is a mindfuck.
Which artists influence your work? When recording an album I personally avoid listening to contemporary colleagues. If we talk about artists within pop music only, I would mention The Beatles, Bowie, Finnish progressive rock from the early 70s, Talk Talk and John Coltrane. I’m also aware of the fact that our music doesn’t sound like any of those I mentioned but… I guess that’s just how it goes, isn’t it?
What would you say to someone experiencing your music for the first time? Don’t be afraid to dive in deep. It’s pop music but with a twist; please give it a few spins before giving up.
What are your ambitions for your latest album, and for the future? Expectations, dreams of huge success and all that are left for the record company to worry about. We’re only interested in making good music, good records, playing good shows to good people. I think that is as ambitious as one can get.

Rubik were talking to CMU. More information about Rubik can be found be following this link.