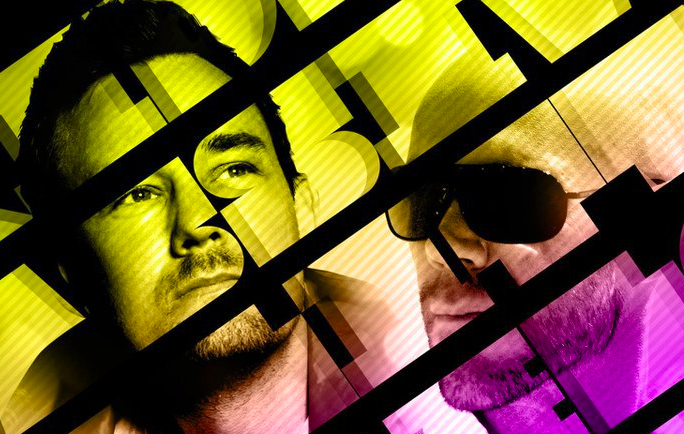 Peyton is a vocal talent who has released on MOS and Hed Kandi and has performed all over the world. His new collaboration with Kid Massive is finally here and is getting cranked up A Little Louder on radio and dance floors all over the world. With a stunning remix package including TV Rock, Muzzaik, Bassjackers and Damian William, the track is on course to be one of the biggest anthems of the summer so we caught up with the fast rising vocalist for more…

Introduce yourself for those that don’t know…
My name is Peyton, and I’ve been writing and singing House music since my first hit, A Higher Place, on Hed Kandi Records in 2003.

Who/what inspires and influences you now?
I get some of my inspiration from other artists whose work I love, but also from the experiences of travelling all over the world each weekend, meeting new people and experiencing different cultures, and of course . . . from falling in love as hard and often as possible.

And how did your childhood impact on the person you are today?
My dad is a Pentecostal preacher in the US, so I grew up in the church, the real life son of a preacher man.  My childhood in the church impacted on everything to do with my life as an adult, but especially my music.  The uplifting, optimistic soulful sound that people associate with my music comes from a childhood completely dominated by Gospel music.

What is it about music that does it for you?
The best thing about music is its universal appeal.  It’s the only language that knows no borders.  I can be singing in Moscow, or Beijing, or Prague, and it doesn’t matter that the majority of the crowd don’t speak English.  They don’t need to understand the lyrics in order to understand the music.

I understand you used to do a lot of choral singing… anything from that that is useful in the vocal work you do today or are they unrelated?
I write the melodies as well as the harmonies in my music, so I suppose I got the ability to harmonise from so many years of singing in a choir.

Where and when do you write lyrics? Do you set time aside or just do it as and when you feel inspired?
Occasionally the muses inspire, as if by magic, and you find yourself writing uncontrollably and urgently as if you know you have to work quickly before the inspiration is gone.  Other times, and more often unfortunately, it’s like getting up and going to an office.  You put pen to paper and try to entice the muses to come to you.  They can be very stubborn!

What impact has studying in Leeds and then living in London had on you …
Well, my first-ever extended stay in the UK was spent in Leeds working on a Masters in English Literature.  I fell in love with the North, and their sharp-tongued British wit.  I’ve now been based in London for fourteen years, and I guess you could say I consider myself to be half American, half English.  I still travel to the States a few times a year to see family, but London is home.  It feels like the center of the world to me.

Tell us about the Kid Massive collab you have coming up?
I’ve collaborated with Kid Massive on the first single from his album called A Little Louder, which is also the title of the track.  It’s a monster of a record, which is getting a huge reaction from dance floors all over the world as well as radio.  The remix package is incredible, with mixes from TV Rock, Bassjackers, Muzzaik, and Damian Williams.  I’m very excited about this project and really thrilled to be working with Kid Massive, who is in my opinion, one of the best producers in the industry.

How are crowds different all over the world?
The way people party and respond to club music is in many ways a very cultural thing, so crowds can be completely different.  There are territories, like Eastern Europe, where the concept of clubbing is still fresh, so it’s not surprising to find a crowd in a small town in Poland as enthusiastic and passionate about House music as you’d expect from a crowd in Ibiza.  Of course, drugs also play a big part in the way people respond to music, so clubbers in Asian and Middle-Eastern countries where the drug laws are strictly enforced can often behave very differently from European and American crowds.  Sometimes it’s really refreshing to have a crowd of people who you know are just responding to the music, rather than the way a chemical makes them respond to the music.  And then other times, you just wish everyone was high!

How do you like travelling all round the world?
Travelling around the world has been amazing, I can’t deny that.  The best part about it of course is making friends in far away places, and then getting to go back there and see them again, or host them when they come to London.  However, anybody who’s been in this business for a while will tell you that the travelling becomes the hardest part of the job.  Flying isn’t exactly glamorous these days, and when you’re doing it every weekend, the buzz definitely wears off.  But I wouldn’t trade it in for an office job.  No way!

What else you got planned for 2011?
I’m actually about to release a track with one of Russia’s biggest House DJ/producers, DJ Kolya, called How To Love.  I’m in Moscow next week for the release party, along with the legendary Eric Kupper who has done a remix.  This is a very exciting project for me, as I’ve been working a lot in Russia and now I’m aiming for a crossover radio hit with this track.  I’m also moving to Ibiza in August for the latter part of the season, where I’ll be performing regularly for Hed Kandi, and also working on a new album with the incredible Carlos Gallardo, who is currently one of Spain’s most talented superstar producers.  It’s already been one of my best years yet, and it’s about to get a whole lot better!

And what do you do day to day outside of music?
When I’m home in London, I spend a lot of my free time with friends, cooking, or working in my tiny garden, which I’ve transformed into my own tiny patch of paradise.  I still love literature and reading, and of course London offers a million and one options for cultural experiences or just a good long walk in a beautiful park.  I definitely try to stay clear of clubbing.  I get quite enough of that as it is!

More information about Peyton can be found by following this link.